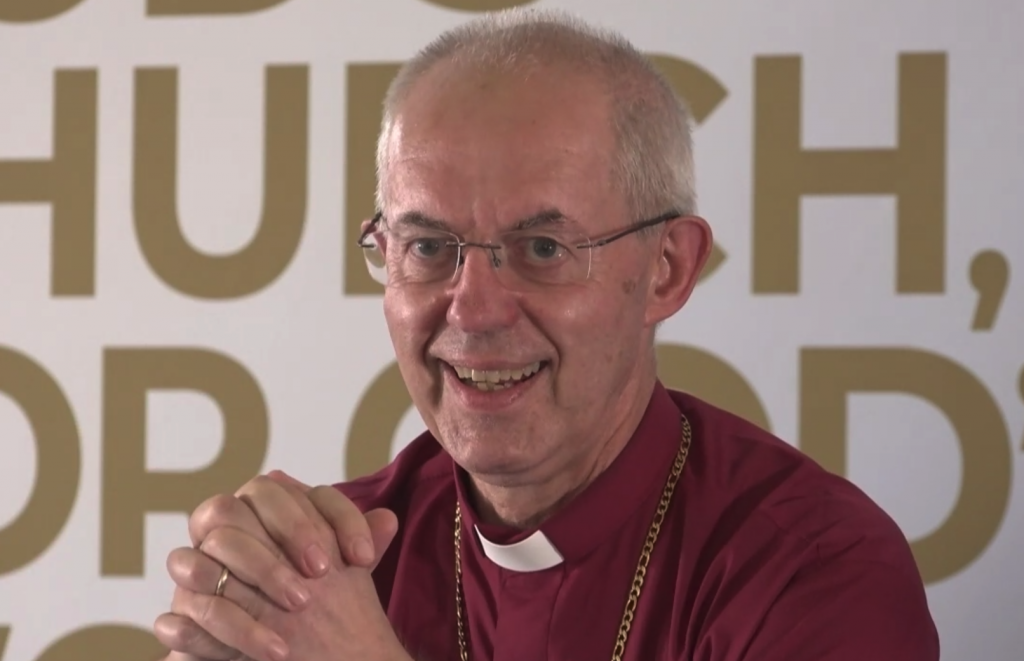 “Reform and revitalisation’ needed from “revisionism” in the Anglican Communion

A VISION to “reform and re-vitalise” the Anglican Communion from “the tide of revisionism” and, “the immense and subtle pressure to accommodate the surrounding culture” has been set out by the leader of the Global South Fellowship of Anglican Churches (GSFA).

In a Christmas Message entitled ‘Standing for Truth, Uniting the Faithful and Shining the Gospel Light’ sent to fellow primates, the Most Revd Dr Justin Badi, Primate of South Sudan and Chairman of the GSFA, said that since its conception nearly 30 years ago, the GSFA has stood as a ‘holy remnant’ in the Communion.  Now, following its united efforts at the 2022 Lambeth Conference, the GSFA was seeking to “swim against the tide and drift”, to “follow the example of God’s faithful people throughout biblical history to be loyal whatever the cost”, and is calling for “repentance and a re-setting” of the Communion.

Commenting on this year’s Lambeth Conference, Archbishop Badi said that the GSFA’s four objectives had been met: (a) to unify the orthodox in the Communion; (b) to sound a clarion call to biblical faithfulness (by re-affirming Lambeth 1.10); (c) to be a ‘holy remnant’ in the Communion (and not a breakaway group); and (d) to spur orthodox Provinces to collaborate and pursue holistic Gospel mission to the world.  He said orthodox bishops, by and large, had refrained from receiving the sacrament at the two joint services at Canterbury Cathedral and, with the consent of the Archbishop of Canterbury, had their own Communion service on the Conference premises, organised by the GSFA.

Given that bishops were not provided with an official opportunity to reaffirm Lambeth 1.10 as the continued official teaching of the Communion on Human Sexuality, Archbishop Badi said: “it nevertheless seemed an important start to the resurgence of orthodoxy in the Communion that 125 bishops at the Conference, representing 21 Provinces & about 7.9 million Anglicans world-wide, signed up to re-affirm Lambeth 1.10.”  He explained that the GSFA will follow through this process in 2023 by inviting Primates and bishops who did not attend LC22 to also re-affirm Lambeth 1.10.

United, the archbishop said the GSFA primates and bishops returned from the conference to their dioceses with a clear sense of call and vision.  He said: “The tide of revisionism in the Communion at the present time is strong. There is immense and subtle pressure to accommodate the surrounding culture in the Communion and for our Churches to abandon the ‘ancient paths’.

“The GSFA is committed, in the grace of God and according to His purpose, to be ‘a holy remnant’ within the Communion and to work for its well-being.” The primate explained that liberals in the Communion often seek to minimise the influence of orthodoxy by claiming the GSFA to be a ‘small’ remnant.  However, he said: “The GSFA’s use of the term ‘holy remnant’ reflects our theological perspective. With 25 Anglican Provinces belonging to, or associated with our grouping, GSFA provinces would undoubtedly be the spiritual home of the majority of Anglicans today.”

The archbishop said GSFA provinces were a holy remnant because: “we are swimming against the tide and drift of where the institutional leadership of the Communion, is presently moving.  We are also seeking to follow the example of God’s faithful people throughout biblical history to remain true to God’s covenant, and to be loyal whatever the cost. And we are spiritually bonded to the wider and historic Communion of which we are a part, whether she remains faithful or not – whether she lives under God’s favour or goes into ‘exile.’”

Looking to the future, Archbishop Badi said GSFA provinces shall seek to collaborate in mission and ministry, and to “voluntarily be responsible and accountable to each other in faith and practice, as specified in the GSFA Covenantal Structure”.  He said the GSFA will do this by fostering ministry collaboration and the sharing of resources among our Provinces and dioceses. In particular, he explained: “we will build up the networking among our churches along two tracks: Economic Empowerment and Mission Partnerships. The GSFA is also building up the capacity for Prayer networking across our Provinces through a digital Prayer App called INTERSEED,” he announced.

Turning to the current divisions and issues in the Anglican Communion, Archbishop Badi said the GSFA would play a constructive, yet prophetic role. He explained: “The GSFA is committed to playing its part, under God, to reform and re-vitalise the Communion. To do this, we will need God-given wisdom, discernment and robustness in relating to the Instruments of Communion. We also call for repentance and a re-setting.” He noted that in this call to repentance “we do not exempt ourselves for in every province and diocese there is unfaithfulness to the Lord’s way.”

Noting that the Archbishop of Canterbury (ABC) has indicated that he does not see the ‘office’ of the ABC as including the role of exercising discipline among the provinces, Archbishop Badi says the GSFA primates will bring forward proposals for mutual accountability and inter-dependence of Provinces, together with a mechanism for Church discipline.  Both, he says, “are needed for Anglicans to remain as one Communion of Churches”. He says such a role of guarding and ensuring consistency in essential matters of ‘Faith & Order’ “should be assigned to the Primates’ Meeting or, a suitably-formed new organ of the Communion.”

Plurality of views is also firmly on the GSFA radar.  Archbishop Badi said: “The other issue that GSFA will vigilantly watch over is that there is no seepage of the insidious idea that the Communion should allow for a ‘plurality of views’ on what the holy scriptures teach as foundational doctrine. Such an approach opens the gates to a flood of false teaching which will corrupt ‘the faith once delivered.’

He said GSFA provinces will participate in initiatives by the various Instruments of Communion, but that the GSFA “will carefully assess the goals and methods of these initiatives or established projects before joining in”. This, he explained: “is in order that we do not compromise our convictions about biblical truth and practice.  Where a situation warrants ‘visible differentiation’, we will not shrink from it. We will do so not out of hubris, but out of deep love for God and His life-giving truth, including our love for our fellow-man who needs the whole Gospel for salvation and transformation.”

The five-page Chairman’s Christmas Reflections end with a summary of the GSFA’s immediate future plans.  Archbishop Badi said: “In the grace of God, the work of GSFA has grown significantly since LC22. We are needing a global office with full-time staff to keep in step with this growth, and to ensure the effectiveness of our witness for the Lord.

“Applications to become Ordinary Members or Associate Members of GSFA are gaining momentum. This process understandably requires time as it involves the Provincial Synod or Standing Committee, and also ensuring harmony of the Covenantal Structure with existing provincial or diocesan Constitutions and Canon Laws.”  The first batch of nine Provinces that have been accepted as Ordinary Member of GSFA with effect from 1st Nov 2022, in alphabetical order, are: Alexandria, Anglican Church in Brazil (ACiB), Anglican Church in North America (ACNA) , Bangladesh , Congo, Myanmar , South East Asia , South Sudan, and Sudan. Several other provinces, including those of Chile, Indian Ocean and others, are already in the pipeline to submit their applications, he confirmed.

Finally, the Chairman announced that the first GSFA Global Assembly, under the new Covenantal Structure, is scheduled for 2024.  He explained: “It will be an important time to get the formal structure and mechanisms in place, elect godly leaders with the necessary gifts and graces of the Spirit, and to step up in gear in contending for the truth, discipling our people and advancing the glorious kingdom of our Lord and Saviour.”  Further details, including dates and venue will be announced in March 2023.