Police Arrest Grandma For Chaining , Pouring Pepper On Her Grand children For Eating Garri Without Permission 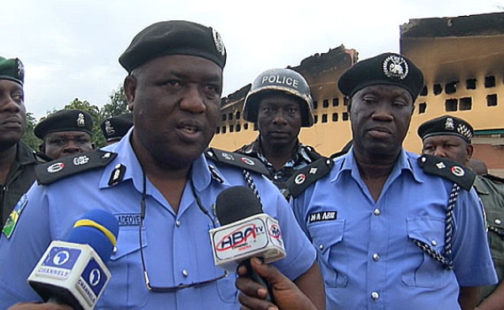 The police in Nigeria’s Rivers State have arrested a grandmother for an alleged mistreatment meted out to two of our grand children .

She was said to have stripped, chained and poured peppered water on them.

She then locked up the female kids, aged 7 and 8 up for hours.

According to the police, the 52 year-old woman, simply called Mama Vera, gave the kids the painful punishment because they ate garri, a popular staple made from cassava and mixed it with sugar, as a meal without her consent.

Witnesses said concerned neighbours had to break into the house when they heard children wailing and calling for help.

The police who arrested the woman are also accusing her of denying the children their rights to go to school.

A lawyer, Precious Johnmark,who witnessed the incident is calling on the Rivers State Police Command and the International Federation of Women Lawyers,FIDA,to follow the case and ensure the prosecution of Mama Vera for allegedly violating the rights of the girls.