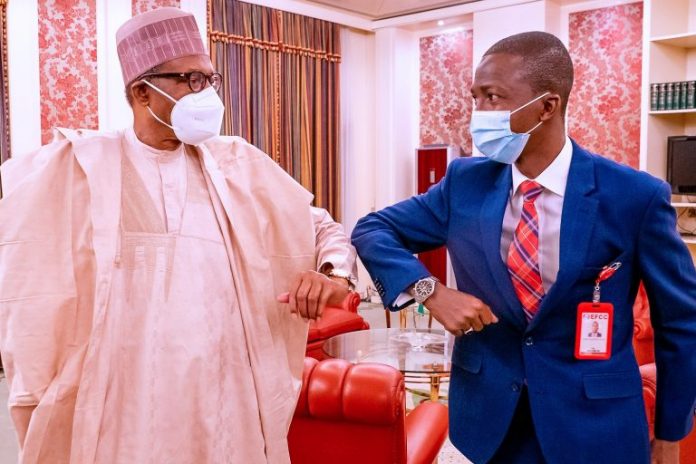 The President, Major General Muhammadu Buhari (retd.), has met with the new Chairman of the Economic and Financial Crimes Commission, Abdulrasheed Bawa, at the Presidential Villa in Abuja on Thursday. 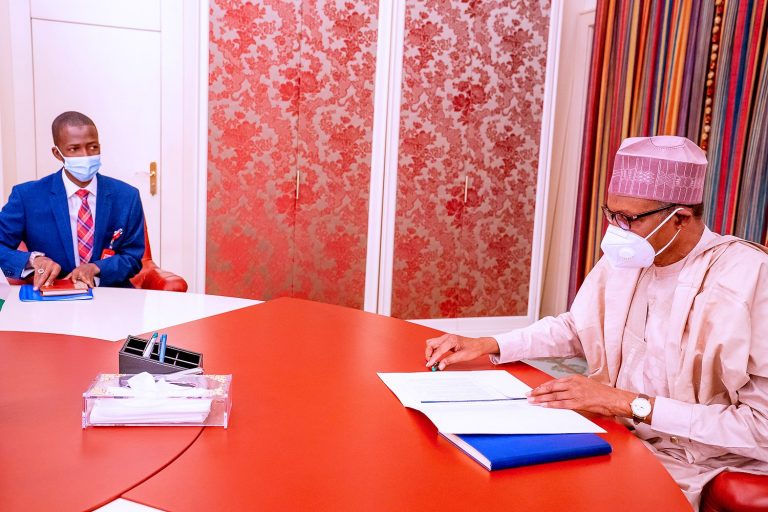 Though details of the closed-door meeting have not been revealed, photos from the meeting were shared on the official Twitter handle of the Nigerian Government.

Bawa who was nominated for the EFCC job by Buhari was yesterday confirmed by the Senate after a screening session.

During the screening, he addressed the allegation that some assets belonging to the anti-graft Commission in Port Harcourt were sold by him.

“I never sold a single truck at the Port Harcourt office; the head office handled that at the time,” he said.

“When I took over the Port Harcourt office, they had 34 convictions but when I got there, we recorded 216 convictions.

“Anybody that is familiar with the processes of the EFCC knows that the chairman doesn’t have the power to sell an asset but the secretary of the agency.”