President Muhammadu Buhari on Thursday received and lit the ‘Torch of Unity’ ahead of the National Sports Festival.

He also called on private sector investors to join hands with the government in youth and sports development in the country.

The President performed the function at a ceremony to flag-off the movement of the ‘Torch of Unity’ across the country, heralding the event scheduled to hold in March in Benin City, the Edo State capital.

The event had in attendance the Edo State Governor, Godwin Obaseki, and the Minister of Youth and Sports Development, Mr Sunday Dare, among other dignitaries.

See the photos below: 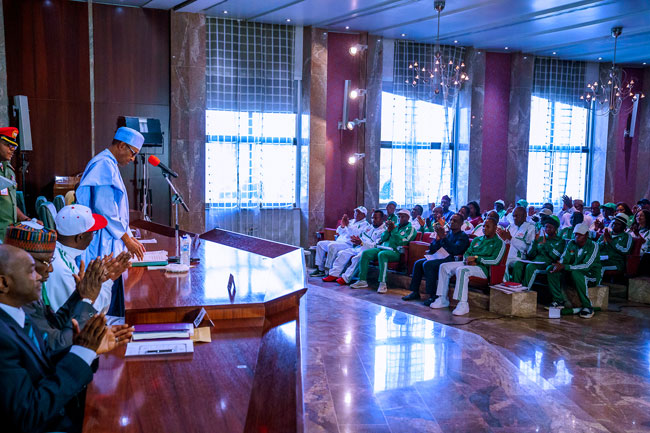 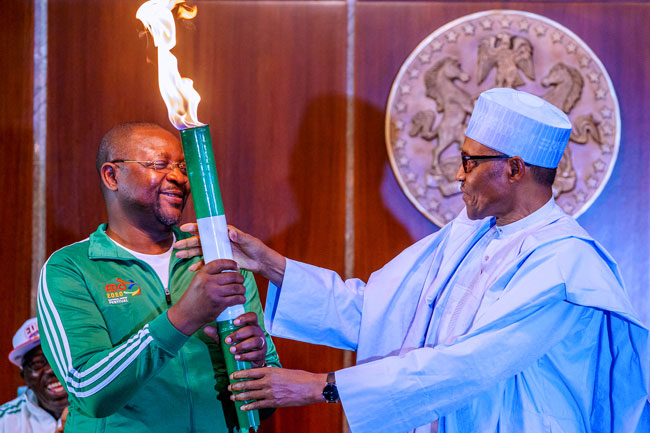 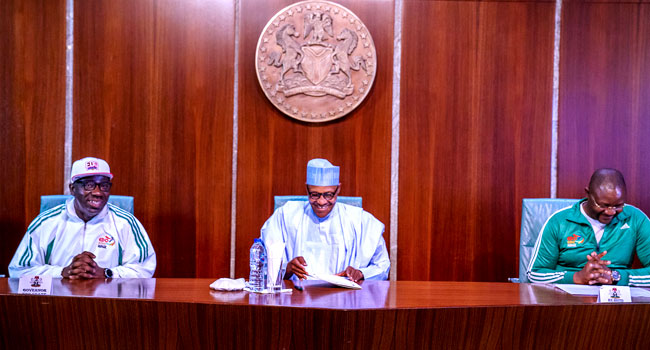 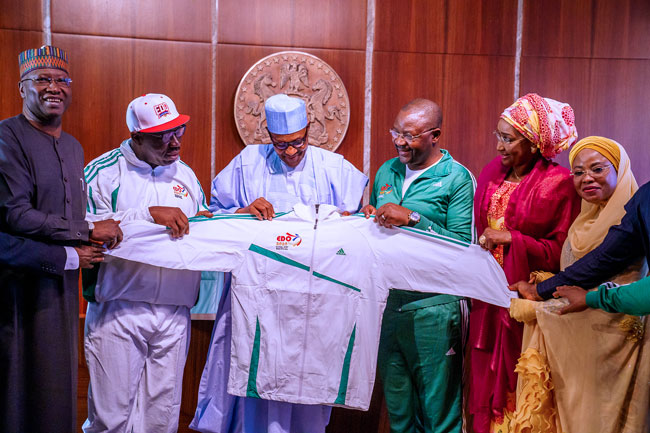 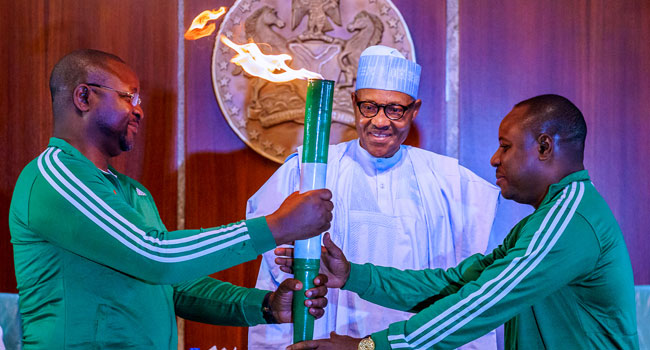