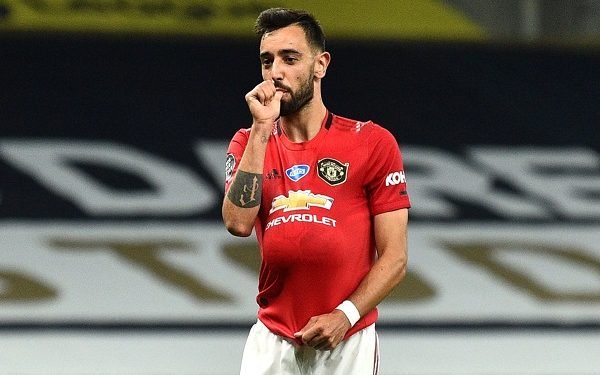 Jose Mourinho missed out on a win over his former employers as Bruno Fernandes equalised with a penalty against Spurs.

Bruno Fernandes converted a late penalty won by Paul Pogba to secure Manchester United a 1-1 draw away at top-four rivals Tottenham on Friday. Steve Bergwijn’s 26th-minute opener appeared set to give Jose Mourinho a much-needed victory over his former employers as Spurs aim to make a late charge to qualify for next season’s Champions League.

However, United were rewarded for an improved second-half display with an equaliser, Pogba – on as a substitute as he returned after a long injury lay-off – producing a burst into the box that tempted a rash challenge from Eric Dier.

Fernandes showed excellent composure to fire home from 12 yards out, sending Hugo Lloris the wrong way, as the visitors extended their unbeaten run in all competitions to 12 games.

It appeared the Portuguese would have the chance to score again from the spot when referee Jonathan Moss adjudged he had been fouled by Dier, but a VAR check reversed the on-field call.