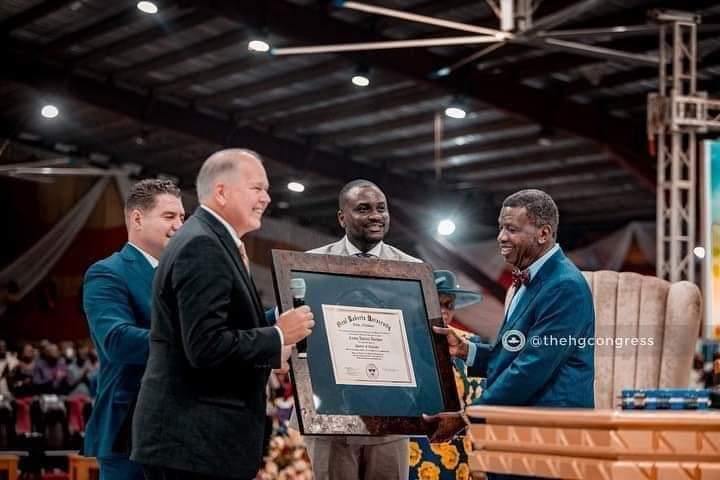 The General Overseer of the Redeemed Christian Church of God, Pastor Enoch Adeboye, has received an honorary doctorate degree from Oral Roberts University based in America in the early hours of today. 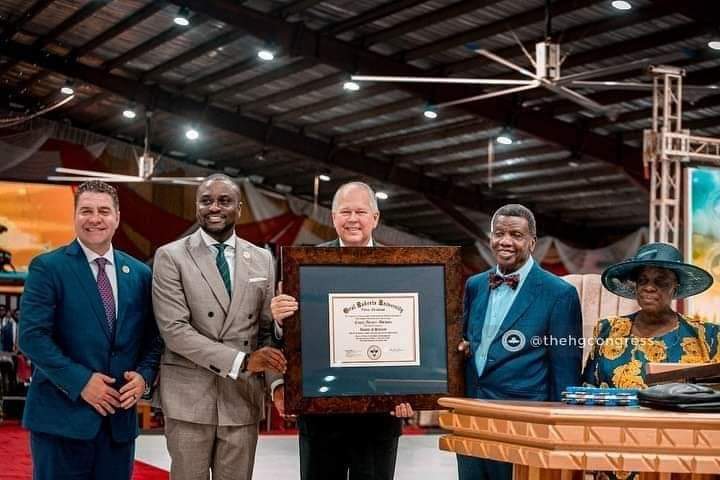 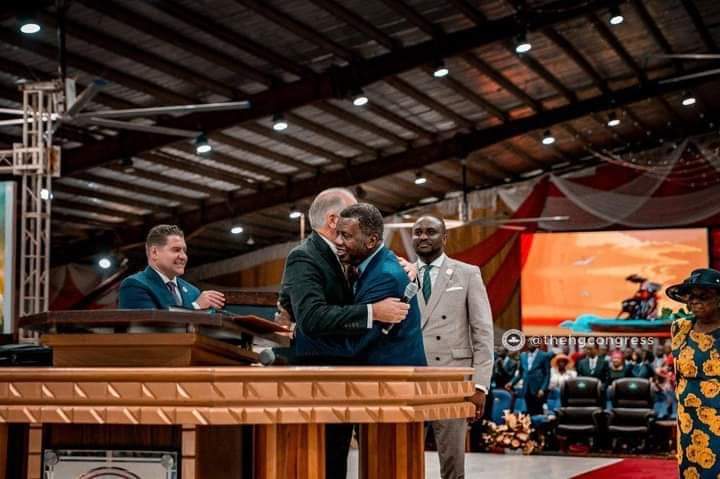 Pastor Adeboye who revealed that he had wanted to dodge the honor given he had seven honorary degrees already but the president of the Christian varsity, Dr. William Wilson, came to RCCG Camp.

He said, “I want to thank #oralrobertsu for this honor and will like the Institution to know that it has been received with all our hearts and we are extremely grateful. I made a little research and found that the number of people with more than three honorary degrees in the world are very few and I already got seven and I felt it was more than enough. But when I heard that #oralrobertsu: The greatest and best Pentecostal University in the World, was going to give me an offer, I tried to dodge it by saying I could not come but the President decided to come by himself. Thank you very much and God bless you!”