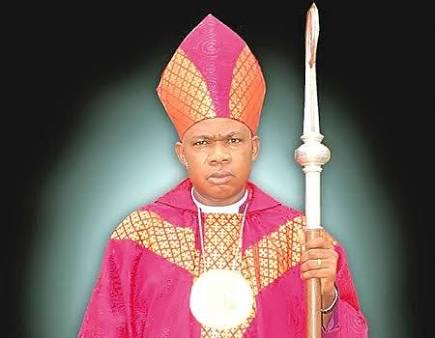 If Peace, according to the Oxford Advanced Learners’ Dictionary can mean any of the following:
• A period of time in a country or an area in which there is no war or crisis.
• The state of being calm or quiet.
• Living in friendship with another and without arguments then, Can Peace be achieved in this world?

There have been countless and recurring records of global chaos, world war, interstate and tribal wars, natural disaster, national and cultural conflict, family dispute, religious and organisation mismanagements, sudden death of loved ones, incurable sicknesses. These and many more are apparently troubling the world. Consequently, the word peace ‘seems’ unachievable in this world.

According to the Scriptures, man made the world problematic, complicated and unbearable for himself to live in, through disobedience. Trouble began to exist in the world of man immediately he left the Garden created for him. He thereby lost his peace and started bearing the curses of hardship, hatred, pain, loss and war. Peace was lost right in Eden.

The Preacher lamented about the troubled world in Ecclesiastes 8:9, how masses are humiliated by the so-called ‘world powers’, how the wicked are praised for their evil, crimes are committed so readily and criminals are not punished for it. From the time of Scripture till date, histories iterate itself.

Many turned out to be monster, selfish and devilish, making life miserable for themselves and the whole world. We are in the world of perversion, injustice, and humiliation for self-comfort, fame and freedom for some and others victims, thereby hindering their liberty and peace.
Peace is an inevitable value needed by man! The Good News is that you can obtain it

Power, wealth, possession, pleasures, human efforts, government, family have indeed failed and will continue to fail in their ability to offer peace to human. Nothing is capable of assuring you peace, only Jesus has guaranteed us peace in Him. It’s certain that there is no peace for the wicked, (Ecclesiastes 8:13) but unto those who have been translated from darkness into light is assured peace.

The Rt. Rev. Dr. Isaac I. Oluyamo, J.P is the Anglican Bishop of Ijesa-North Diocese