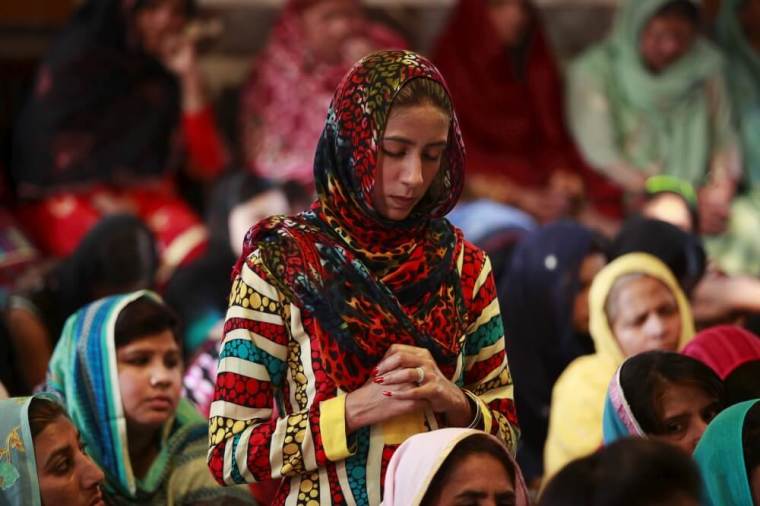 A 14-year-old Christian girl who was abducted at gunpoint during the COVID-19 lockdown and forced to convert to Islam has been allowed by a court to leave her captor’s home and stay at a women’s shelter until her case is heard by the Lahore High Court next week.

The family of Catholic teenager Maira Shahbaz, 14, has been fighting for her freedom ever since she was abducted in April by three Muslim men.

One of her captors, Mohamad Nakash, a married man who forced her to live with him, is accused of presenting a false marriage certificate to a lower court that said Maira was 19 years old and they had wed in October 2019. The document not only fails to provide proof of consent from Nakash’s first wife, with whom he has two children, but the Muslim cleric whose name is listed on the certificate has denied involvement in the sham marriage.

A court ruling that initially sanctioned the marriage was overturned, and hearings have bet scheduled to hear the case after police registered a formal complaint against Nakash and his two alleged accomplices accused of participating in the abduction.

After Maria’s mother presented her daughter’s birth certificate to the lower court as proof that she’s underage, Faisalabad District and Sessions Judge Rana Masood ordered that Maira be allowed to leave Nakash’s home and placed in a women’s refuge, known as Dar ul Aman, until the Lahore High Court hears her case, the Catholic group Aid to the Church in Need reported.

The judge also prohibited Maria, who is from Madina Town near the city of Faisalabad, not to contact her family until after the hearings, which could result in her captor and his two accomplices being sentenced to jail.

“Developments over the past few days have been an answer to prayer and we are so grateful for everyone for their prayers in this case,” Maira’s family lawyer Lala Daniel was quoted as saying.

Daniel added that had the Maira been ordered to stay in Nakash’s home, she might have been forced to become a sex worker.

Lawyer Khalil Tahir Sandhu, who is representing Maira and the family in Lahore High Court, said, “I am hopeful of a good outcome.”

In a separate case, Christian teenager Huma Younus, who was kidnapped and forced into an Islamic marriage last year, is now pregnant and being confined to one room by her abuser, Aid to the Church in Need reported in July.

Recently, Tabassum Yousaf, a lawyer representing the Younus’ parents, informed them by phone that she was pregnant after being repeatedly raped by the man who abducted her.

“Asked by her father if she could leave her abductor’s house and return to her parents’ home, she told him that she is not allowed to leave the house and that her life has become still more difficult,” Yousaf was quoted as saying. “[S]he is now imprisoned within the walls of one room.”

Younus was taken from her home on Oct. 10, 2019, at the age of 14, and later forcibly married to a radical Muslim man named Abdul Jabbar.

Last month, yet another young Christian girl was nearly abducted from her home when a radical group of Muslim men attacked her entire family, the U.S.-based Christian persecution watchdog International Christian Concern reported.

The near abduction of the 13-year-old girl in the Christian-majority neighbourhood of Sadigabad in Punjab province took place on July 12. The family was beaten up for saving the girl.

The U.S. State Department has designated Pakistan as a “country of particular concern” for engaging in or tolerating egregious and systemic abuses of religious freedom. Pakistan has also been ranked as the fifth-worst country in the world when it comes to Christian persecution on Open Doors USA’s 2020 World Watch List.