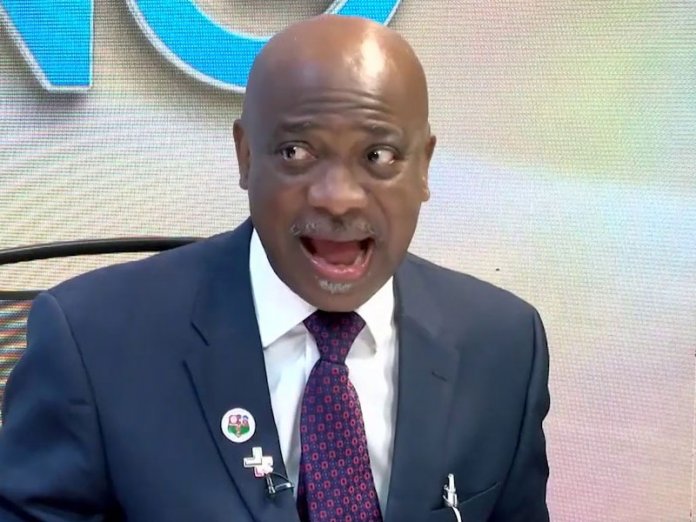 Members of the organised private sector (OPS) and some analysts have hailed the plan by the federal government to further review downward the oil price benchmark in the 2020 budget to $20 per barrel.
The analysts said this during separate interviews with news men.

The federal government had last month proposed a review of the oil price benchmark from $57 per barrel to $30 per barrel, but the new bill to back the proposal was not sent to the National Assembly.
The Minister of Finance, Budget and National Planning, Mrs. Zainab Ahmed, on Tuesday said the latest plan was to review it to $20.

The Director-General of the Nigerian Association of Chambers of Commerce, Industry, Mines and Agriculture (NACCIMA), Mr. Ayo Olukanni, described the development as inevitable following the crash in the global prices of crude oil, which was brought about by the COVID-19 pandemic.

Olukanni noted that the situation had again brought to the fore the country’s overdependence on crude oil and the need to focus on the diversification agenda of the federal government as was captured in the Economic Recovery and Growth Plan 2017-2020.

“While NACCIMA notes that the 2020 federal budget has been passed into law by the National Assembly, we envision the seamless collaboration between the executive and legislative branches of government on the process of passing and approving an amended budget.

“It is our expectation that the issues of recurrent expenditure, capital expenditure and debt servicing will be adequately considered to mitigate the impact of COVID-19 on our economy, while ensuring that the debt burden on the future generations is negligible,” he said.

“With the new realities, as global oil prices hovers around $20/barrel, it is obvious that further reduction in the benchmark price of oil for the budget and the production estimation should be reviewed as well as the revenue estimates.

“This, we believe, will threaten the realisation of the objectives of 2020 budget and lead to a slowdown in economic activities at a time we need more injections into the economy for economic revival,” he added.
Olawale explained that the decline in oil revenue would put pressure on the foreign reserves and hinder the Central Bank of Nigeria (CBN)’s ability to defend the naira.

“We have over time advised that in order to achieve sustainable and significant economic growth, the revenue base should be de-linked from oil, and recurrent expenditure in the form of cost of governance should be cut down. This will allow for the channelling of increased revenue to key sectors, including manufacturing and mining sectors,” he said.

Commenting on the plan to reduce the crude oil’s projected benchmark, the Director General of Lagos Chamber of Commerce and Industry (LCCI), Dr. Muda Yusuf, said it would have been better if the federal government worked with a projection of zero revenue from oil.

Yusuf said this approach would place the country in a better position to appreciate the depth of Nigeria’s macroeconomic fundamentals.

“The truth is that several decades of oil dependence have deepened the vulnerability of the Nigerian economy. We avoided reforms that would have effectively diversified the economy and strengthen our economic fundamentals. There can be no better opportunity to undertake major reforms than now.

“The approach should be holistic and focused on building a competitive non-oil economy. We need to address issues of governance cost and prioritise investment in social and economic infrastructure.

“Investment, trade and foreign exchange policies must be attuned to the attraction of private capital inflows through FDI channels,” he said.

According to the Chief Executive Officer of BIC Consultancy Limited, Dr. Boniface Chizea, the federal government’s intention to slash oil benchmark price to $20 should be commended as it would align with current economic reality.

Chizea, however, noted that the country had earlier reviewed the price of oil from $57 to $30 upon the commencement of the pandemic and warned that the government should desist from frequent reviews of critical economic indices.

“As I observed elsewhere, the situation is still fluid. My preference would have been that we suspend any review at this time and allow some time to monitor the trajectory of things,” he said, adding: “My recommendation is that we tarry awhile so that we can make a better measured move.”

Other analysts also said that the adjustment would help Nigeria to balance its income expectations.
The Chief Executive Officer/Managing Director of Eczellon Capital, Mr. Diekola Onaolapo, described the plan as logical.

“The significant downward review is okay in order to avoid dashed expectations because we do not know whether it is going to increase or not,” he said.

The Head of Consulting, Agusto & Co, Mr. Jimi Ogbobine, said the adjustment was in line with Nigeria’s current reality.

“The adjustment of the oil prices largely reflects the realities of the current market conditions. It also reflects the missed opportunities of the last four years. Nigeria’s reluctance to spin-off more deep wells is a decision the country will rue at this time. With depressed oil prices, it will become harder to spin-off these deep offshore assets at this point in time,” he said.

Also, a former Commissioner for Finance in Imo State, Prof. Uche Uwaleke, said it would be unrealistic to stick to $30 per barrel as the reference price in view of unfavourable developments in the international crude oil market and against the backdrop of the forecast by the International Energy Agency (IEA) of low oil demand through 2020.

He said: “In any case, I expect that a lot of traders, leveraging derivatives, must have locked-in low prices for future delivery of crude oil at least for the next few months in view of the uncertainties occasioned by COVID-19. By implication, in the event of an unlikely oil price spike, oil revenue may not be significantly impacted.

“So, the haircut in oil price benchmark stands to reason. I had also expected a further slash in oil production benchmark from 1.7 million barrels per day for the same reason I mentioned earlier.

“Given the current supply glut, only a deep cut in output by OPEC and OPEC+ will save the day.”

According to him, the fact is that a budget is supposed to be guided by the principle of conservatism, which means those saddled with the responsibility of its preparation are expected to err on the side of caution.
He added that should oil price appreciate above the budget reference price, then it presents an opportunity to build buffer or earmark any excess for critical infrastructure.

“Having noted that the implication of this development is grave not only for the federal government but also for state governments whose budget assumptions are also predicated on that of the former, it calls for cost-cutting measures and prioritisation of spending.

“Borrowing to finance the deficit should only be made after a thorough cost and benefit analysis,” Uwaleke, a former Head of Department, Banking and Finance, Nasarawa State University, said.

He noted that because oil revenue drives the economy although it constitutes just roughly 10 per cent of gross domestic product (GDP), the economic headwinds of 2020 occasioned by the twin shocks of oil price crash and the COVID -19 pandemic would combine to depress economic activities in Nigeria.

He explained that based on the current reality, the projection of a 3.4 per cent negative GDP growth rate should not surprise anyone.

“Faced with this reality, the major concern of the government should be to reduce the recession cycle and minimise its knock-on effect on the ordinary citizen through the right spending targeting health, education, power and roads, while CBN continues to focus on and possibly scale up its interventions in agriculture and small and medium enterprises,” he added.

The Founder, Foundation for Economic Research, Prof. Akpan Ekpo, urged the federal government to always prepare what he termed a non-oil budget.

“What I have been saying for years is that anytime we have high crude oil price, we should always see it as a windfall, save a lot of the revenue and target it for spending on infrastructure. I worked with Anthony Ani when he was Minister of Finance and we planned to do a non-oil budget.

“If you look at the Nigerian economy, oil contributes only 10 per cent to Gross Domestic Product (GDP), while the non-oil sector contributes 90 per cent. So, we can actually do a non-oil budget. If we had been doing it for years, we would have gotten used to it, so that if the oil price does well, it becomes like a windfall. Let us demystify the oil sector because oil may finish one day,” he said.