Opinion Seyi Makinde: My Man of the Year 2019 — Bola Bolawole 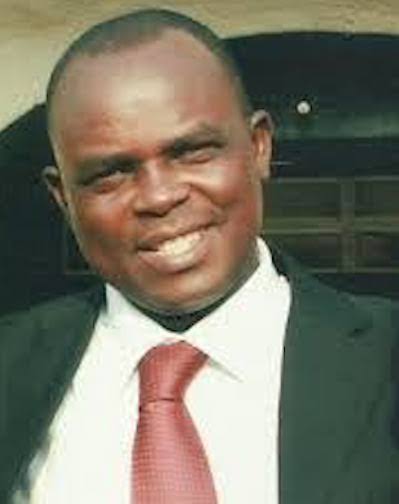 If I were to choose my “Man of the Year 2019” from abroad, it would unmistakeably have been US President Donald Trump. His many advertised shenanigans notwithstanding, Trump’s advocacy for the rights of Christians in an age where Christians, surprisingly and ironically, have become endangered species even in a world where many of the world power-nations profess Christianity, stands him tall and he has been the guardian angel and saving grace for Christians in many parts of the world, Nigeria inclusive. The American president might have been the nightmare of minority groups in the United States – with the Latinos and Africans especially in the eye of the storm – his targets are the law breakers and I think every right-thinking person should have no problem with that. Why flee your own country (shithole) rather than stay back and fight to develop it? Others developed the country you are all running to, to pick dollars in the streets and enjoy the good life! If many greener-pasture-seeking immigrants are allowed to have their way, breaking the law serially and compromising everything in sight, the El Dorado of today will soon come to grief. But charity, they say, begins from home!

I searched the east: Gov Seriake Dickson stood at the threshold, had he been able to pull off the stunt of producing a successor in the recent Bayelsa governorship election. It might have meant that his two-term tenure was adjudged a blessing to Bayelsans who now deemed it fit to reward him with a “third term” in electing the candidate of his choice. But Dickson failed woefully! Before the election, everyone knew Dickson would lose if he failed to mend fences with ex-President Goodluck Jonathan. Jonathan here references the ex-president as metaphor for all elders and party members that a garrulous and pompous Dickson reportedly sidelined and insulted.

A tree does not make a forest is the saying of the elders. Dickson failed to learn from the mistakes of the PDP in Ekiti where his colleague there also operated like a tree makes up a forest. As in Ekiti, Dickson’s shenanigans provided the excuse for the massive rigging that “won” the election for the APC. When a brash and self-opinionated fellow elbows everyone and stands akimbo in a political space where he ought to have been surrounded and supported by a coterie of juggernauts and caterpillars, his fall is a matter of course. Respect the elders! A tree does not make a forest! Not in time of peace; and even more so not in time of war, which our elections have become under the APC/Gen. Muhammadu Buhari regime.

Were we to make a “Man of Infamy for Year 2019 Award”, we would have found a lot of worthy winners in Kogi State, The governorship election there, held same day as Bayelsa’s, was an inimitable theatre of the absurd. Yahaya Bello leads the field of those who qualify for an award in infamy. The two contenders for the Kogi West senatorial elections, when you factor-in their antecedents, also eminently qualify for an award in infamy. Kaduna State’s Gov. Nasir el-Rufai, who knelt publicly to beg Kogites to forgive the many shenanigans of Yahaya Bello, qualifies for the infamy award. And Gen. Buhari who, seeing all the atrocities perpetrated in both Bayelsa and Kogi, still fawned over the APC “victory”, deserves “Man of the Year 2019 Infamy Award” It is no longer a question of how history will judge Gen. Buhari (rtd.). The jury is in already on the dictator. Vox populi, vox Dei!

In 2019 the FG deepened our misery: Those who closed the borders at Seme but went to Egypt to open it to serve parochial interests; those who swore only a miracle will solve our power problems; those who allowed inflation and unemployment their meteoric rise; and those who made us a laughing stock in the comity of nations. They only came to their senses after Uncle Sam wielded the big stick! The 9th National Assembly, everyone admits, is the rubberstamp of the Executive. The Judiciary appears worse, tied hands and legs. Its asinine and caricature of a leadership is at the lowest ebb ever.

Gov. Babajide Sanwo-Olu of Lagos state is yet to settle down into his seat. They may not be as loud as Buhari’s condemnation of PDP/Jonathan but the Sanwo-Olu people blame ex-Gov. Akinwunmi Ambode for their woes. They said Ambode left an empty treasury. But time and tides wait for no man; especially when the rumours are all over the place that Sanwo-Olu might do only one term. So, if he spends too much time settling down, when will he begin the job proper?

Ekiti State’s Gov. Kayode Fayemi has had Fulani herdsmen “sequester” a portion of his territory. Some say Fayemi’s voice is muted because he would not be seen biting the fingers that fed him. How he “won” election last year, his critics aver, was not behind the back of Miyetti Allah and or their sponsors and backers. Rebuttals from the state Commissioner for Information were at variance with interviews by prominent Ekiti citizens on the matter. No one leaves fire on his roof top and goes to bed. Only a Nero fiddles while his home burns. The act of infamy of Fulani terrorists poking their fingers in Fayemi’s eyes has become a recurring decimal, making the governor the butt of cruel jokes.

Hello! Gov. Dapo Abiodun of Ogun State! Except the recent release of his list of commissioners that elicited demonstrations and recriminations, not much has been heard of him. I don’t envy Gov. Isiaka Oyetola of Osun state; the liabilities his predecessor, Rauf Aregbesola, left for him in terms of indebtedness, if you push them into the sea, the sea will have difficulties washing them away. A long-standing comrade that I affectionately call KK recently offered me the advisory never to mention Gov. Rotimi Akeredolu’s name at Igbara-Oke. “You will not come out of it alive. They will lynch you!” That’s how notorious the governor’s reputation is with a section of his constituency!

Edo is boiling! Godfather and godson have parted ways. The only “governance” taking place there is that of how the governor would outwit the ex-governor, who also happens to be the APC National Chairman. In Kwara, Bukola Saraki’s “tira” appears to have “caught” the governor who has abandoned governance to enter into a “rofo-rofo” with the ex-Senate president. Before he knows it, first term will be over and the governor will have nothing to show the electorate to merit re-election. A wise man puts his head down first and works and chalks up achievements; after which he can settle personal scores. A second term governor like Gandu-dollar in Kano can try that with Sanusi and think of getting away with it, but not a first-term governor like the man in Kwara.

I then zeroed in on Gov. Seyi Makinde of Oyo State. He is fresh. He is young. He is different. His style of governance gives rays of hope. He also has substance. He has a heart. Many men and women of power in today’s Nigeria are heartless. Makinde has passion for the job. Many political leaders only have passion for their pocket. Makinde is one leader the people will freely follow – not because of any inducements but because his populist and people-oriented policies resonate with the people. He is trying to toe the line of a top-performer governor like Lateef Jakande, who rode in his personal car and lived in his own house throughout his tenure as Lagos governor.

I will follow Makinde closely. I am minded to hold his feet to the fire. If you have recently travelled around the country, you will easily puncture the lie that the South-West is ahead of the others. Propaganda spreading like wild Australian fires in the harmattan! Lies! Fairy-tales! Tales by the moonlight! Since 1999 at least, we have fallen on hard times in the South-West. The leadership we have had has been corrupt and inept. We now lag behind other regions in infrastructure and in economic development! We live only on past glory!

I understand Makinde has made mistakes. Don’t bite more than you can chew. Don’t put too many irons in the fire. That was the fatal error Aregbesola made in Osun. And don’t be Mr. Know-It-All. Don’t run too far ahead of the people. Don’t be too much in a hurry. The people must always see your rear light. And always remember Jethro’s advice to Moses: You cannot do it all alone. No one is the sole repository of knowledge, wisdom and understanding. Finally, be mindful of your template. Once the people around you discover your weak points, many will exploit to their own selfish advantage.

On this note of Makinde as harbinger of hope in our wilderness of hopelessness and pathfinder in the aridity of derelict governance and mindless exploitation of the people, I declare Engr. Seyi Makinde my “Man of the Year 2019”

On this note also I wish my readers a Year 2020 filled with hope, vision, power and vitality to break up fallow grounds and record uncommon breakthroughs and successes. Rise and shine in the face of adversities! Rule in the midst of your enemies!