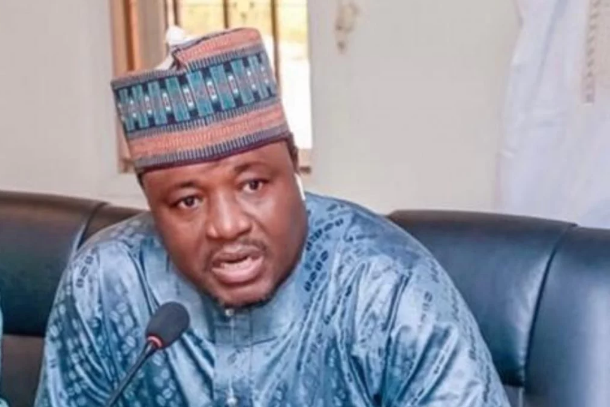 The Arewa Youth Consultative Forum, AYCF, on Wednesday said the suspension of Ibrahim Magu as acting chairman of the Economic and Financial Crimes Commission, EFCC, was long overdue.

Speaking with DAILY POST, President-General of AYCF, Yerima Shettima said Magu’s indictment by a federal government agency without proper investigation until now was an indication that the suspension of the EFCC boss was long overdue.

According to Shettima: “Note that Magu was indicted by an agency under this same government, so for me, his suspension was long overdue because nobody is perfect.

“So as long as there is that indictment, Nigerians doubt his Integrity.

“We were expecting that when the issue came up, rather than looking at the nitty-gritty of the issue people turned it into mere politics.

”You can’t put somebody who has been indicted in power without properly going through to know how true that indictment when it’s coming from the same agency under the federal government and you downplay it and allow the man to continue having his show here and there, it’s not right, so for me it is long overdue.”

The AYCF President-General also pointed out some criteria the federal government should consider when picking the next chairman of the EFCC.

Shettima advised the federal government to look at the Integrity of the individual and also consider officers from the rank of Assistant Inspector-General of Police, AIGs, to fill the position of EFCC chairman.

On what President Muhammadu Buhari should consider in picking next EFCC Chairman, Shettima said: “Integrity must be brought to bear, also the commission itself must be strengthened whatever it would take the government, it should strengthen the commission because it’s the last hope we have right now”.

“Also the idea of considering only Assistant Commissioners is not good enough, the government should go beyond that.

“Even at the state level, an Assistant Commissioner can’t summon a governor, we need to start looking beyond this. There are a lot of Assistant Inspector Generals, AIGs.”

Magu was on Monday whisked away by a combined team of Department of State Services (DSS) operatives and Police officers to the Presidential Villa, Abuja.

Magu was taken before a Presidential Panel reviewing activities of the anti-graft agency for questioning.

But, EFCC’s Head of Media and Publicity, Dele Oyewale, claimed that Magu was only invited by the panel sitting at the Presidential Villa and was not arrested.