The Archbishop of Owerri Ecclesiastical Province and Bishop of the Diocese of Okigwe South Church of Nigeria (Anglican Communion), Most Rev. David Onuoha, has lamented the deplorable state of public schools in Imo State, especially those in the Okigwe South Federal Constituency. 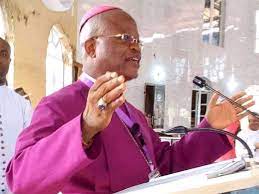 Onuoha described the level of decay of the facilities as well as the near absence of teaching and learning in these schools, especially in the primary section as intolerable, regrettable and unacceptable. He noted that these schools were once the pride of the various communities that have them, as well as the hope for a guaranteed future for both the pupils and the entire society, adding that successive administrations in Imo State have neglected these schools to rot away.

Addressing worshippers at the second session of the 10th Synod of the Diocese held at St. Cyprian’s Church, Umuihi, Ihitte-Uboma Local Council of Imo State, Onuoha also called on the Federal Government to expedite action on the impasse between it and the Academic Staff Union of the Universities (ASUU), saying efforts should be made to resolve the impasse and allow students to go back to school.

He said that the destabilization of the academic programs of the public universities would adversely affect the youths and urged the stakeholders to endeavor to reach a final resolution of the matter.

In the energy sector, the cleric identified corruption and political will as factors that have hindered successive governments from fixing Nigeria’s energy sector.

“We all are living witnesses to the frustrating energy crises we all face in this country. That no appreciable improvement has been recorded in this sector despite billions of dollars expended in the much talked about reforms in the power sector as well as the turnaround maintenance/modular refineries in the oil sector, remains very disturbing. We regret the monumental corruption that has held down every effort at fixing the energy sector in Nigeria and the lack of political will to deal with it,” Onuoha stated.