Only 9% Of Armed Forces Budget Is Spent On Equipment —Gbajabiamila 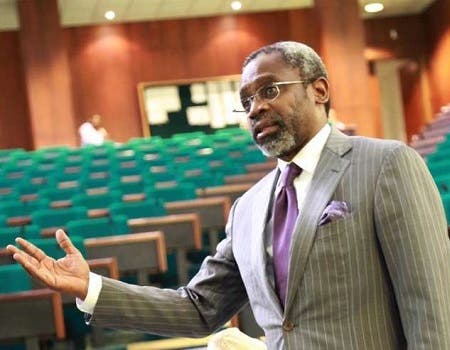 The Speaker of the House of Representatives, Honourable Femi Gbajabiamila has said that the available record shows that only nine per cent of the total budgetary allocation to the Nigerian armed forces is spent on equipment.

News Agency of Nigeria (NAN) reports that Gbajabiamila made this known at a public hearing on the Armed Forces Support Trust Fund (Establishment) Bill, organised by the House Committee on Defence in Abuja on Monday.

Gbajabiamila said that appropriation records show that about 91 per cent of the current funding of the armed forces is spent on recurrent overhead, salaries and welfare.

“This reality has prompted this 9th House of Representatives to seek a way of providing funds that will be focused on the capital needs and training of our armed forces,” he said.

Gbajabiamila further explained that the importance of the bill is evidenced by the dwindling resources available to the armed forces of Nigeria to prosecute the various security operations it is involved in, adding that this requires innovative ideas to raise additional funds without placing any burden on Nigerians, in support of the Nigerian military. While noting that Nigeria’s expenditure on military hardware and training in the last five years hovers between a paltry nine to 11 per cent of budgetary allocation to the armed forces, he lamented that “it is grossly incapable of empowering the military to face the security challenges in the country, especially the insurgency in the North East.

Gbajabiamila said that to succeed in the fight against insecurity, the armed forces require more funding for modern weapons and required training, stressing that spending on military hardware must definitely increase to support the zeal and commitment already being exhibited by the soldiers.

He contended that if Nigeria must develop, then the country needs to get its security estate right by ensuring that the military is adequately equipped and well-trained; this requires funding that cannot be sourced solely through the annual budget provisions. Gbajabiamila said that during war times, countries do not fund their military through regular appropriation alone as seen in the United States, United Kingdom and all Western powers who engage in extra-budgetary funding.

“Nigeria is at war against insurgency, terrorism, kidnapping and all manner of insecurity; hence the need to uplift the resources available to our armed services to enable them to procure the best tools to help win this war. So, what we seek to do in this bill is not new or unique to us as a nation; the solution to our security challenges requires asymmetric actions across many policy areas. This is what we have tried to do as the representatives of the people.

“The concept of a trust fund already exists for the Nigerian Police; it only makes sense to also bolster our military capability as well through this unique vehicle,” he said.

In his remarks, chairman, House Committee on Defence, Honourable Benson Babajimi (APC-Lagos) said that the bill seeks to explore alternative sources of funding for the armed forces, pointing out that the need to create additional funding for military has become apparent giving the myriad of security challenges facing the country. Babajimi said that efforts in the past to meet the required weapons to adequately combat insecurity had met brick wall due to insufficient funds. He said that Nigeria ranked very low in terms of defence spending and that develop countries like the US, Russia, United Kingdom, Poland all have alternative sources of funding for defence.

Meanwhile, the Defence Headquarters, on Monday disclosed that Nigeria would need about $2 billion dollars (about N826 billion) annually to fund its armed forces to effectively combat the daunting challenges of insecurity it presently faces.

This disclosure came to the fore just as it was revealed that some members of the armed forces currently engaged in the fight against insurgency and other criminal act are lobbying to be redeployed from the area where they are posted as a result of poor welfare.

Speaking at a public hearing , the director of production, Defence Headquarters, Air Vice Marshal M. A. Yakubu, lamented that even the sources of funding specified in the bill would be inadequate to tackle the problem.

The bill seeks alternative sources of funding for the armed forces to improve the software, hardware and training.

Yakubu said the projection for funding in the bill is estimated at about N100 billion per year. When established, the support trust fund is expected to draw funds from one per cent of the total money accruing to the Federation Account; 0.5 per cent of the profit made from the investment of the National Sovereign Wealth Fund (NSWF) by the Nigerian Sovereign Investment, one per cent of Value Added Tax (VAT) remitted to the Consolidated Revenue Fund (CRF) as well as any take-off grant and special intervention fund as may be provided by the Federal Government, states and local governments of the Federation.

It will also draw funds from one per cent of the air ticket contract, charter and cargo sales charge to be collected by the airlines and paid to the support fund; aids, grant and all assistance from international agencies, nongovernmental organisations and the private sectors; and money derived from investments made by the support fund.