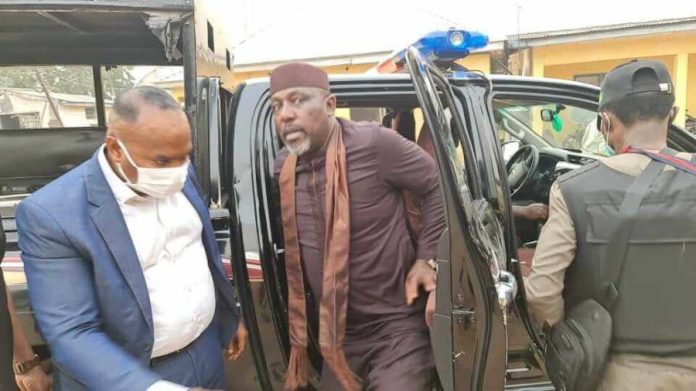 A Magistrate Court in Owerri has granted bail to an aide of ex-Imo State Governor Rochas Okorocha and 13 others a ₦5m bond bail on each of the defendants.

The magistrate, B.U Adikaibe, who ruled on the bail application made for the release of the defendants also insisted that a traditional ruler in the state or a member of his cabinet must stand in as a surety.

Justice Adikaibe said the decision to grant the bail application by the counsel to the defendant, Eddy Onyema is owing to the fact that the charges against the defendants are not capital criminal offenses and are all bailable offenses even though the prosecuting counsel had earlier objected to the bail.

The 14 persons were arraigned before the court by the state Commissioner of Police, Nasiru Mohammed over 6- count charge.

The charges bother on conspiracy, disobedience to lawful order, willingly and unlawful destruction of the official seal of the Imo State Government, conduct capable of causing breach of peace, unlawful Possession of firearms and a defamatory action on social media against the Governor of Imo State with intent to injure the reputation of the state govt and person of Governor Hope Uzodimma.

The case has been adjourned till March 18.