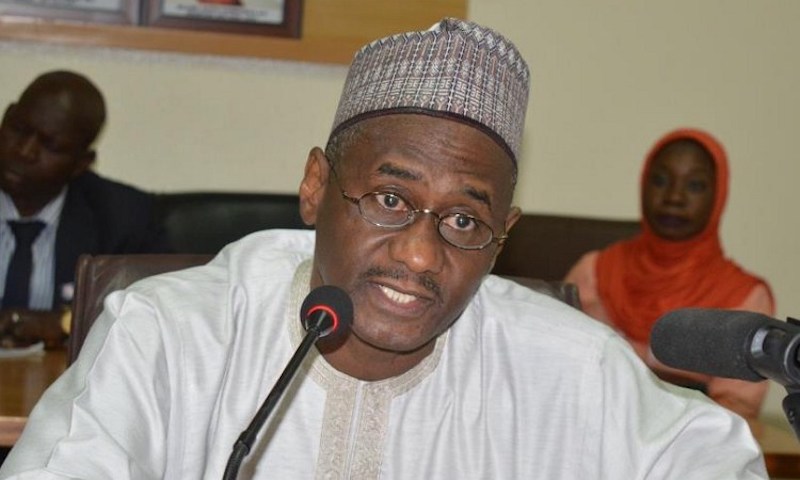 A coalition of Northern youth groups under the umbrella of Coalition Against Killings in Northern Nigeria (CAKIN) and the Northern Groups Coalition (NGC), have asked the federal government to stop the massive killings and raiding of communities in the North by bandits and Boko Haram insurgents. A former Executive Secretary of the National Health Insurance Scheme (NHIS), Prof. Usman Yusuf, has also added his voice to the protestations over the worsening insecurity in the North, decrying the unending killings and calling on the northern elite to speak out.

In separate statements issued yesterday in Kaduna, the coalition decried the deplorable security situation in the North and demanded the immediate removal of the service chiefs.
The coalition called on President Muhammadu Buhari to tackle the insecurity and stop the maiming and destructions of lives and property.

CAKIN, in its statement, gave a 14-day ultimatum to the federal government to stop the killings in the North, warning that it would be left with no option than to mobilise citizens for protests until the government is shut down.
The youths gave the order yesterday in a joint statement signed by representatives of seven northern youths groups, including Isa Abubakar of Northern Youth Council of Nigeria; Yerima Shettima of Arewa Youth Consultative Forum; Yusuf Idris Amoke of Northern Anti-corruption Front; Mohammed Salihu Danlami of Arewa Youth Assembly; Murtala Abubakar of Joint Action Committee of Northern Youth Association; Dr. Idris Mohammed of CUPS; and Gambo Gujungu of Arewa Youth Forum.
The group lamented that five years into Buhari’s administration, the security situation has continued to escalate, leading to massive killings and destructions.

It said Buhari had failed Nigerians who gave him massive support, believing that as a retired military General, he had the capacity to tackle the security challenges bedevilling the country.
“It is on a sad note that this coalition wishes to remind the federal government and government at all levels, that the primary responsibility of government anywhere, particularly the one that was democratically elected by voters, is to protect the lives and property of citizens.

“Recall that Nigerians, particularly Northerners, voted President Muhammad Buhari en masse to power in 2015 in anticipation that as a former military head of state, and a retired General, he is positioned to deal decisively with all forms of threats to the security of our people, particularly challenges of Boko Haram that had caused hardship and unprecedented destruction of lives and economy activities.

“Alas, five years into President Muhammadu Buhari’s tenure, instead of reducing insecurity, it has escalated thereby exposing great numbers of our people to avoidable deaths and loss of property in a manner that history has never witnessed before.
“As patriotic citizens, it is our constitutional duty to raise voices and call attention to the killings that is taking place across states of the Northern regions on a daily basis and mobilise citizens on how to constructively engage government at all levels and make demands to end the killings.

“The coalition is saying enough is enough and an end must be put to the mindless killings of our people particularly in the villages, and the non-challant attitude displayed by government and its agencies to the plights of people going through horrific experience in the hands of criminals that seemed to have overwhelmed our security agencies,” it stated.

The group therefore called on the president to relieve the service chiefs of their duties, probe all security personnel living above their legitimate earnings and the abolition of security votes by state governors.
The coalition also demanded the immediate implementation of community policing.
“The coalition from today, June 15, 2020, gives a 14-day ultimatum to the federal government to end killings in the entire states of the North.

“After the expiration of this ultimatum, any reported case of killings will leave the coalition with no option than to mobilise citizens to take to the streets until the government is completely shut down,” statement said.
On its own, NGC demanded “a total overhaul of the leadership of the nation’s security apparatus and inject higher levels of competence, integrity and accountability.”

The group said it would embark on a protest today against the killings in Katsina.
The statement signed by the spokesman of the group, Mr. Abdul-Azeez Suleiman, said the second round of the protest would hold in the various northern states capitals on Saturday.
The statement said the protest “shall take the form of a controlled gathering at the palaces of respective heads of the traditional institutions or Houses of Assembly in the states” to submit written letters of complaint for onward transmission to higher authorities.

It added that the protest “shall not in any way involve mass street processions, pathway obstructions, denigration or tampering with symbols and or structures.”
The statement urged governments and security agencies to respect the constitutional rights of citizens to express their opinions peacefully.

Meanwhile, a former NHIS Executive Secretary, Prof. Usman Yusuf, has decried the unending killing of Nigerians in the northern part of the country by bandits and called on northern elite to unite and speak out.
In a statement issued yesterday, he accused Buhari of not caring about the plight of the people whose wives are being raped and children killed by bandits.

The president, he alleged, seemed distant, uncaring and out of touch with the sufferings of his largest support base.
He said: “It has never been in his nature to commiserate or empathise with people in real time in their hours of need.
“He does not send a delegation to condole with the people, or leaders of the communities affected. From Adamawa to Zamfara, the death toll all across Arewa is mounting. Images of the massacres are too gruesome to watch and the stories from survivors too heartbreaking to hear, but hearing and watching we must, because this is the reality under which our people have been living silently for years.

“The roll call of the nameless dead are too numerous to count, neither the federal nor state governments keep any records of the number of people killed, injured, kidnapped, women raped or cattle rustled.

“People in the region feel that all they have to show for voting in President Muhammadu Buhari in massive numbers are increasing poverty, death and destruction to their lives and livelihoods and the painful emotional trauma of rape of girls and women in rural communities. They feel abandoned and unappreciated with no meaningful federal government presence in their states and are left at the mercy of these murderous bandits.”
Nigerian elite, he added, are fixated on the recent riots in the United States following the death of the African-American man, George Floyd.

“For me, the simple message I see in these riots is that America, the most powerful nation on earth, went up in flames because a human life was lost,” he explained.
According to him, despite the carnage going on in the North, the elites have become non-challant.

He said: “We need no reminder that all of us owe our folks and the places we come from, a debt of gratitude we can never repay. Today, we are who we are because of them and the foresight, vision, and selflessness of the leaders of the time who invested in us and nurtured us into the productive citizens that we became. The least we can do is to raise our voices against these injustices to them.”