The Prayer Book Society has defended its decision to have Msgr. Michael Nazir-Ali deliver the sermon at a choral evensong held at St Peter’s Church in Stanway, Gloucestershire on St George’s Day, saying it would have been rude to have rescinded his invitation to preach since he had quit the Church of England. 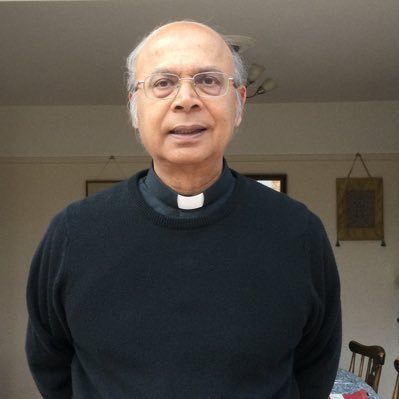 Msgr Nazir-Ali, who was received into the Roman Catholic Church last year and reordained as a Roman Catholic priest, preached on the topic of martyrdom. The PBS newsletter reported:

“He spoke in his sermon of the importance of martyrdom and sacrifice – as exemplified by St George and St Mark whose Saint’s Days are April 23rd and 25th respectively. He reminded us that much of the story of St George is a legend but there are many reports which ring true of both his martyrdom and sacrifice. The major story is that he was a senior officer of Emperor Diocletian and was executed in 303 for declaring himself a Christian at a time when Christianity was not tolerated. There is a message there for us today. This was the last major Roman persecution of Christians. Just three years later Constantine became emperor; he became a Christian in 312 and declared tolerance for the faith in 313.”

After it reported the news of the Saturday 23 April 2022 ceremony on Twitter, PBS was asked by Dennis Lennox why it had allowed a Roman Catholic who had repudiated the formularies of the Church of England to deliver the sermon.

“Because he was invited and accepted the invitation whilst not a Roman Catholic and those involved in organizing the event decided that it would be ungracious to disinvite him given his continued desire to speak.”

It further stated allowing non-Anglicans to deliver sermons at Prayer Book Society events “might be that the recognition by other denominations of the Prayer Book’s value strengthens the case in some quarters for its continuing relevance.”

The explanations have not, so far, been well received for this breach of protocol.