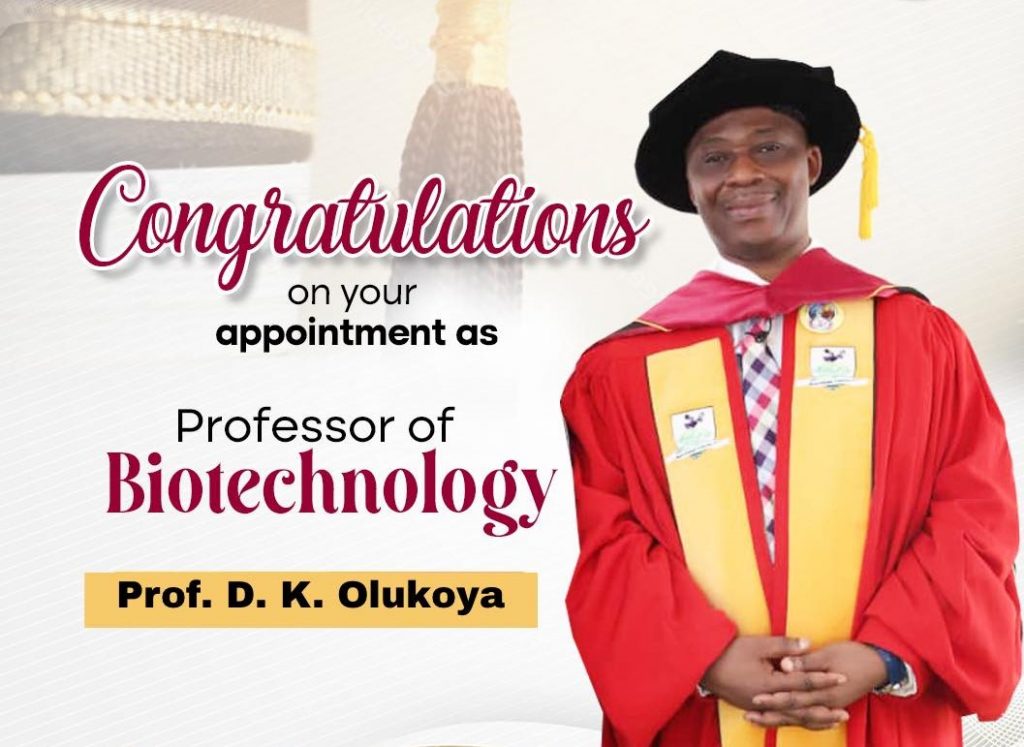 The General Overseer of Mountain of Fire and Miracles  Ministries (MFM) and Chancellor of Mountain Top University, Dr. Daniel Kolawole Olukoya, has been appointed as a professor of biotechnology by one of Nigeria’s top universities.

This is the result of the positive consideration by relevant review Committees and the Council of the university, following the assessments of his publications by some of the world’s best scholars in biotechnology.

A statement announcing the appointment indicated that the reviewers found him to be eminently appointable as a professor.

Olukoya bagged a first-class honours degree in Microbiology from the University of Lagos in 1980. He obtained his doctoral degree (Ph.D) at a record time in Molecular Genetics, from the prestigious University of Reading in the United Kingdom, in 1984.

Thereafter, he taught Genetics at the University of Lagos and was an external examiner to many universities in and outside Nigeria. He also engaged himself as a distinguished researcher and exceptional geneticist at the Nigerian Institute of Medical Research between 1984 and 1998, during which he produced more than 70 scientific publications in the best local and international journals in the area of microbiology and biotechnology. He has also been cited more than a thousand times by scholars across the world.