Ignatius Kaigama, the Archbishop of Abuja Catholic Archdiocese has said the Catholic Church would resist any attempt by any priest to engage in a ‘personality cult’ in the name of adoration. 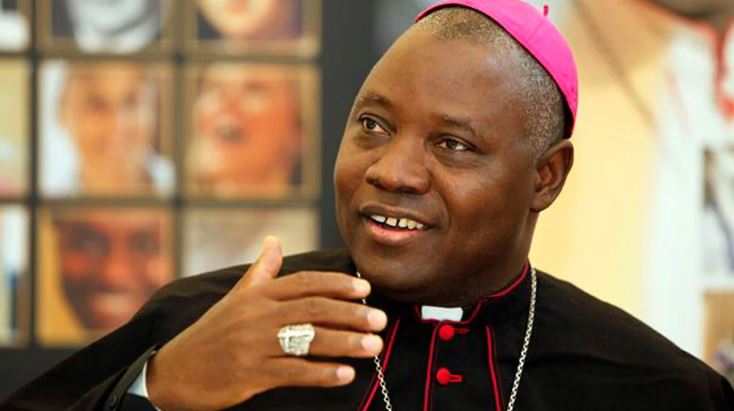 Mbaka had accused Obi of being stingy, hence can’t become Nigeria’s president in 2023.

The fiery-speaking cleric, however, apologized for his remark following the controversy that ensued.

Reacting, Kaigama urged Catholic priests to use their position of respect among followers to ensure unity, peace, and love among Nigerians.

Speaking in his homily at St. Aloysius Catholic Church in Abuja, the Archbishop said: “Priests should not allow the Mass to become an occasion for drama, exaggerated inculturation, or utterances that are purely political or mundane. People come to Jesus at Mass to get spiritually nourished by the word and the bread of life, and refreshed for the long, rough, and tough journey to heaven.

“To this end, approved Catholic ‘adoration centers’ in Nigeria should really be for adoring Jesus in the Blessed Sacrament, not where to intimidate, manipulate and extort people or where a priest attempts to create a personality cult by careless and insensitive utterances and drama.”