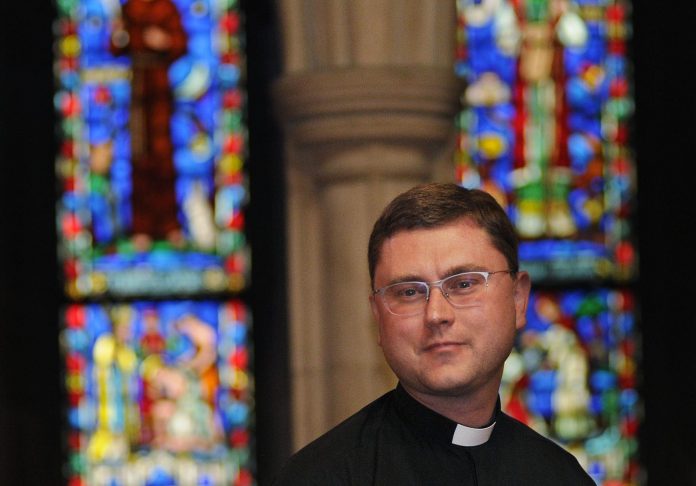 A Massachusetts Episcopal priest has pled guilty in federal court in Worcester to child pornography charges.

Lisby was serving as rector of All Saints Episcopal Church in Worcester in the Diocese of Western Massachusetts and worked as a kindergarten teacher with the Holyoke Public School system when he was arrested on 11 Sept 2019 by the FBI. He was taken into custody at the rectory he shared with his husband, the Rev. Timothy Burger rector of St Luke’s Episcopal Church in Worcester.

In a letter sent to the diocese last Friday, the Rt. Rev. Douglas J. Fisher, bishop of Western Massachusetts, stated that following his arrest the diocese received “devastating credible evidence” that Lisby sexually abused a teenager “after he was ordained as a priest in 2007.”

The bishop’s letter did not say where the abuse took place Fisher but noted Lisby’s husband, Rev. Timothy Burger was “in no way implicated in any of these charges” and had filed for divorce.

Lisby was suspended as rector of All Saints Church in Worcester in 2018 for an “inappropriate relationship with an adult that did not involve sexual contact”, the bishop said at the time of Lisby’s arrest. Following his guilty plea the diocese will begin the canonical process of deposing him from the ministry.

“I cannot undo this terrible situation, but I can commit our diocese to telling the truth and seeking healing and reconciliation for anyone who has been harmed by Lisby,” Bishop Fisher wrote, adding: “I am deeply saddened to know that a priest is alleged to have committed such a grievous sin, and on behalf of the entire church, I offer my most heartfelt apology to the victim, the victim’s family and to everyone whose trust in the church has been violated.”

The government press release stated the charging statute provides for a sentence of up to 20 years in prison, three years of supervised release and a fine of $250,000. Sentences are imposed by a federal district court judge based upon the U.S. Sentencing Guidelines and other statutory factors.