Loans: I Am Worried About Senate’s Rush – Ndume 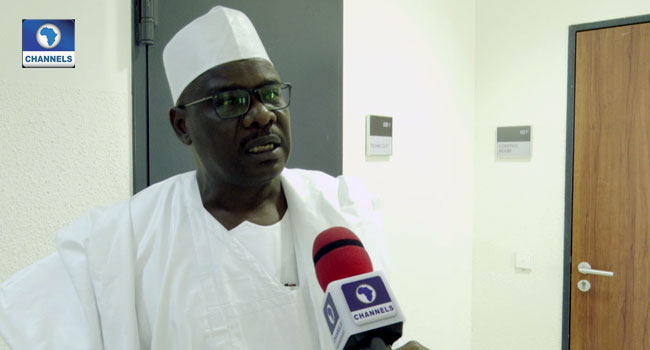 The Chairman Senate Committee on Army, Senator Ali Ndume, says he is worried about how the Nigerian Parliament is handling the issue of debt and borrowing by the Federal Government.

Ndume’s comment on Thursday was a strong reservation about the National Assembly’s handling of the request for external loans by President Muhammadu Buhari.

Another fresh request was made by President Buhari earlier in the week seeking statutory approval for external loans in the total sum of $4,054,476,863.00, plus Euro €710m and Grant Component of $125m.

According to Buhari, the new loans are necessary for “emerging needs” and to fund some “critical projects”.

Displeased with the increasing external borrowing by the Federal Government, Senator Ndume frowned at the NASS leadership’s swift pace in approving requested loans.

While noting that borrowing is not a crime, the lawmaker lambasted the parliament for not giving the loan proposals a thorough look before approving them.

Ndume argued that failure to critically look at requests from the presidency, further adds bounce to claims suggesting that what is currently being run is just a “Rubber-Stamp” National Assembly.

“What is the borrowing for and what are the terms?

“Let us look at the implication, what the money is to be used for. We have infrastructural deficits in this country and all we hear is that when people come to Abuja and allocation is made you don’t see anything happening. For me, is better to borrow that money and do the road instead of giving it out for people to collect it and go and spend it without accountability.

“What I am worried about again is the way the Senate is handling it. The Senate by definition is the house of deliberations when things like this come, we don’t just rush and say because you are to be seen to be good you just rush and approve it.

“You are supposed to look at it critically, cross the “Ts,” dot the “Is,” ask questions, carry the people you are representing along.

“But the way we do it, makes the people we represent look at us with suspicion. There is some situation where the time is short you have to act fast but you must carry Nigerians along.

“They call us rubber stamp; it is because we don’t carry people along. If for example there is an opportunity and it is for one week and the Senate needs to approve and we need to get it for Nigeria we can get in 24hrs because of the need and the emergency but if it can wait there is no urgency in it, we need to analyse.

“Like we rushed to approve certain borrowings until now we did not get the money. So why did we rush? These are the questions that come to my head most of the time,” Senator Ndume explained.

His comments come few days after the former vice presidential candidate of the Peoples Democratic Party (PDP), Peter Obi said Nigerians are getting poorer because the government is borrowing for the wrong reasons.

“I am saying that the country is not productive and there is nothing wrong in borrowing; if you are borrowing, then it shouldn’t be for consumption and that’s why more and more people are getting poorer,” he asserted.

In defense of President Buhari, the All Progressives Congress (APC) says the government is borrowing to address the country’s infrastructure deficit which would, in turn, stimulate the economy.

In a statement on Wednesday, the APC accused the PDP of mismanaging the country’s economy when the party (PDP) was in power, explaining that the borrowings will create employment, and strengthen agriculture among others.