“This charge, therefore, seeks to call all Anglicans to an understanding of our theological and liturgical heritage and affirm that what we hold as our understanding of the sacrament is both biblically sound and theologically edifying…” Bishop Akinpelu Johnson 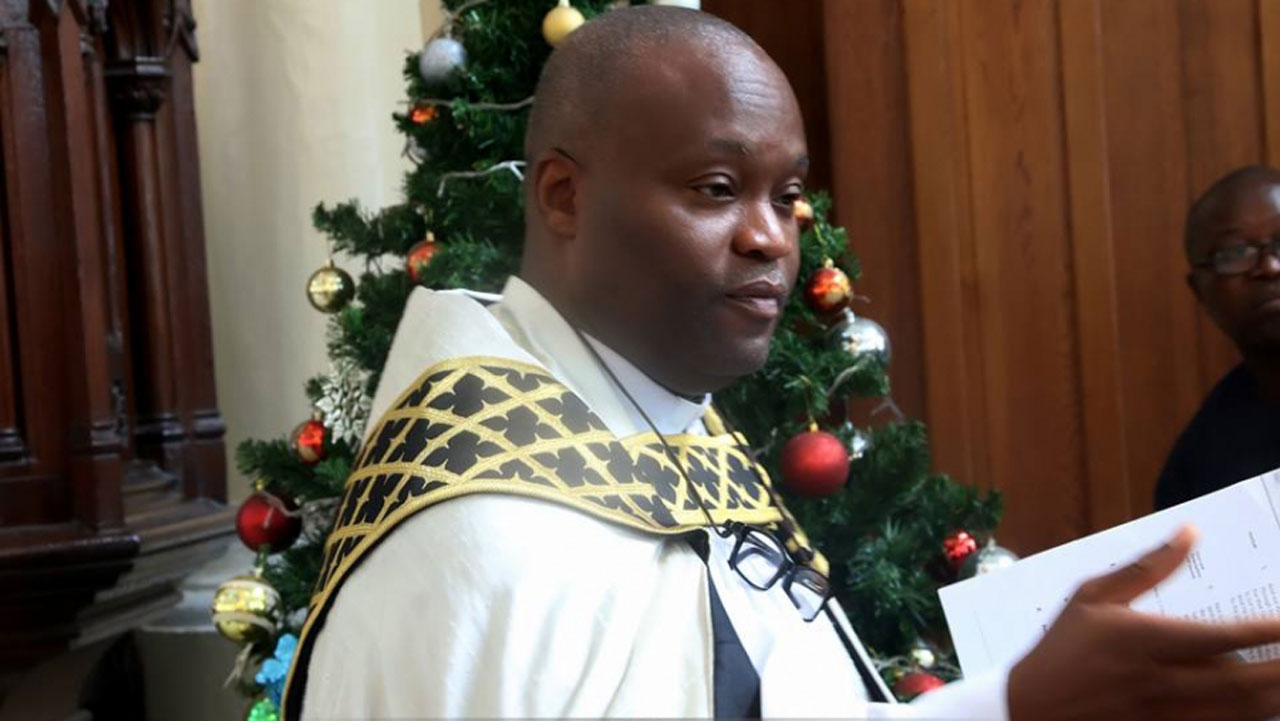 With the foregoing episcopal declaration, the Bishop of the Diocese of Lagos Mainland, Church of Nigeria (Anglican Communion), the Rt. Rev. Akinpelu Johnson, drew the curtain on his long and erudite presidential charge to the 2022 Synod of the diocese.

This year’s Synod was rather peculiar in that it had scores of children in attendance, apparently because its theme was: “Let the Children Come to Me: A Focus on Baptism And Sunday School.”

Children are, no doubt, a treasure and a great asset to the church. But there has scarcely been any unanimity in the body of Christ, as to when and how they should be baptized.

As a theology student many years ago, I put one of my teachers on the spot when I raised the subject of why an issue as fundamental as “baptism” appears to be quite controversial, if not divisive, among Christians. I was particularly interested in the heavy weather that infant baptism generates among Christians of varied backgrounds. Why, in other words, is there no concurrence on who should be baptized and how?

Responding to my question, my lecturer talked about the pluralist nature of opinions on baptismal rites, depending on the Christian denomination. Affirming what many of his students already knew, the lecturer said, “there is a wide spectrum of baptismal practices in the Christendom.” While some denominations accept and practice infant baptism as a complete means of grace for salvation, others reject it as non-biblical and, therefore, unacceptable. As the Anabaptists, for example, who rose up in the 16th century argued, “one must know and confess that he is a sinner before he can be saved.”

They cited several Bible verses, some of them uttered by Jesus Christ Himself to justify their position. Notable among them are Luke 13:3 (“I tell you… unless you repent you will all likewise perish.”) and Romans 10: 9—10 (“…if you confess with your mouth the Lord Jesus and believe in your heart that God has raised Him from the dead, you will be saved. For with the heart one believes unto righteousness, and with the mouth, confession is made unto salvation.”) To those opposed to infant baptism children are incapable of sin-consciousness, let alone confessing such inherent sin since “all have sinned and come short of the glory of God.” (Romans 3:23) To then baptize them will not lead them to salvation, they argued.

But as in most theological questions, that is only one side of the coin. The other side is that as an initiation rite in the church, baptism is desirable at a tender age. Because of the widespread lack of understanding of the basis for infant baptism, church leaders in the mainstream churches constantly feel obligated to explain to their parishioners this pivotal aspect of their faith life.

Not many do this as ably as Bishop Johnson. His presidential address at this year’s Synod of his diocese was a captivating treatise on this important subject.

Well, like God Himself, theology, which is the  “study of God and His relation to the world, and faith practices generally” is sometimes unfathomable.

Whichever view of baptism one holds, one undeniable fact is that Jesus Christ, the true owner of the Church, invariably had a special affection for children during His earthly ministry. He chided His disciples for trying to prevent children from coming to Him. And so in many mainstream Christian churches, infant baptism is a sacramental service.

Whatever influenced his choice of theme for his diocese’s synod this year, Bishop Johnson left no one in doubt in his episcopal charge, that his passion for children and desire to cut through the mystique around infant baptism was clearly part of the mix.

As an important rite of initiation, baptism had been held as a cornerstone of church admission formalities. Yet, it is no less controversial today than it was centuries ago. Many who opposed it do so ostensibly because they do not think that a child is in a position or has the discretion to “confess with his mouth” nor “believe in his heart” the Lordship of Jesus Christ. On the other hand, proponents of infant baptism rebutted this view by insisting that baptism being an admission rite should not be denied to children, especially when we look at its analog, the circumcision of male children of God’s covenant people of Israel on the eighth day. The children being baptized stand on the faith of their Christian parents and sponsors. The earlier, therefore, a child is initiated into the church of Christ the better for him or her.

The Sunday School was designed to groom and nurture children into full-fledged, confessing Christians who are then presented for confirmation and full membership of the church. And so, for some Christians, infant baptism is an anathema, while for others the chorus is “long live infant baptism.”

In looking at the subject, Bishop Johnson was able to shed light on the various schools and concluded by affirming the orthodoxy and biblically of infant baptism.

The crux of the matter is that Jesus loves children, and during His Galilean ministry encouraged them to come to Him. Whatever the church can do to keep children coming to Jesus Christ must be pursued intentionally by all Christians, regardless of their denomination.

Indeed, Bishop Johnson put his money where his mouth is at the Synod. More than a hundred children including a children’s choir attended the opening and closing services, and part of the plenary sessions.

How does it feel to have the voices of scores of children singing with their angelic voices in a Synod church service? Only the one who witnessed it can describe this awesome experience. Children in their guilelessness and innocence, singing to the praise and glory of God was quite a sight to behold. They approximate the purity of Christ Jesus, their heavenly Father who remonstrated with His disciples for trying to stop children from coming to Him. In that revealing encounter with children recorded in the gospel according to St. Matthew (Chapter 19:13-15), Jesus demonstrated His love and preference for children: “Then little children were brought to Him that He might put His hands on them and pray, but the disciples rebuked them. But Jesus said: ‘Let the little children come to Me, and do not forbid them; for of such is the kingdom of heaven.’ And He laid His hands on them and departed from there.” (NKJV)

Clearly, Jesus held children very highly. And so should the church, says Bishop Johnson. Those who seek to enter the kingdom of heaven, Jesus said, are to have the heart of children.

For Bishop Johnson whose 117-page address to Synod delegates dwelt mainly on the significance of baptism and the Sunday School, children are priceless treasures that must be properly guided in the ways of the Lord. They are like a blank sheets. Whatever is written in their hearts by both their parents and their Sunday School teachers often sticks.

He advocated for a total quality approach in the way the church and family handle children, especially from cradle to pre-teenage. Whatever doctrines they are taught at that stage often stay with them. Baptism at infancy, he argued is right and proper; it is a form of child circumcision, which was a requirement for inclusion in the commonwealth of Israel. While the Jews were required to circumcise their children on the eighth day, children of Christian parents should be baptized and christened at infancy and then be catechized and presented for confirmation as soon as they attain the age of discretion, which in the Church of Nigeria (Anglican Communion) is 12 years.

In all, this year’s Synod of the diocese of Lagos Mainland was remarkable in that it opened its doors to more children than there had ever been in the history of the diocese. You could almost touch the children’s joy and sense of fulfillment for the privilege of participating in the Synod. They looked radiant as they sang, played different musical instruments, and worshipped God. A Synod cannot be any better.

Credit: Ven. Ifionu  (a priest in the Anglican Diocese of Lagos Mainland)