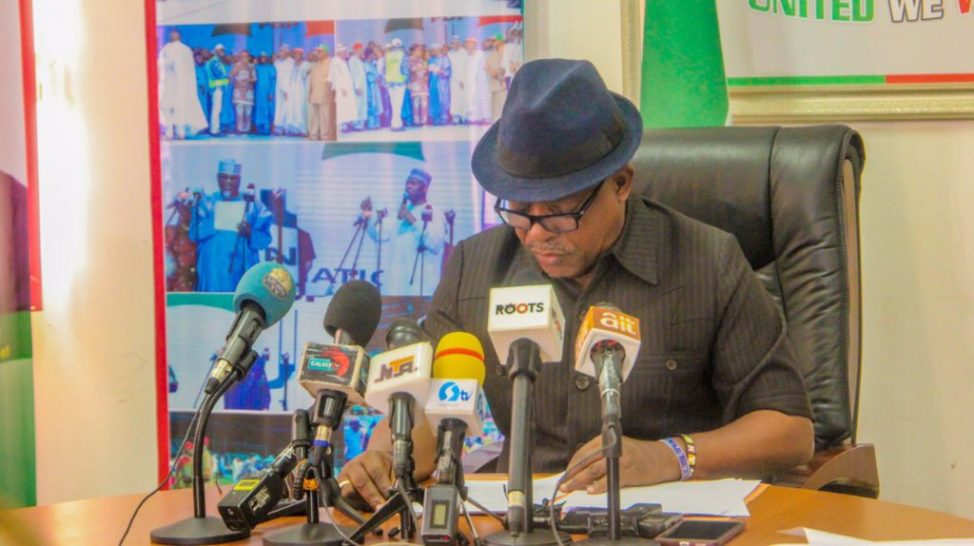 Chieftain and former Senatorial candidate for Lagos West in 2015 election, under the Peoples Democratic Party (PDP), Otunba Segun Adewale has raised alarm over plot to impose new party officials without any election.

Adewale, has written to the National Chairman of the Party, Prince Uche Secondus, warning that, the party leaders must immediately wade in and stop those who wants to illegally impose officials into the vacant positions in the State, to avert another crisis in the State.

He accused some forces of trying to derail the State Chairman, Deji Doherty and pushing him to foist Lagos Mainland Chairman, and senatorial Chairman for Lagos West on the party, without regard to the constitutional requirements.

Adewale said, the constitution is clear over this matter, because it was the same scenario that played out that led to Doherty’s emergence as the State Chairman, citing section 47(6) of the constitution, which demanded for an election for replacement for peace to reign.

According to him, Doherty should remember that, it was faithful members of the party that fought gallantly, risking their lives, against the known tradition of excos name writing and imposition to ensure that, an election was conducted, which made him to emerge as the State Chairman.

Adewale charged him to adhere to the constitutional provisions, and should not allow some elements for their selfish interests jeopardize his tenure, as it will surely not end well for the party.

Adewale explained that members of the State Executive were reportedly called to Doherty’s office, where it was announced that the names of some people should be allowed to take over the vacant positions in Lagos West and mainland as chairmen.

He noted that although, many of the executive members rejected his proposal instantly and demanded that free and fair elections must be held for intrested members of the party, imposition will shut out others, who may likely be the best fit for those positions.

The chieftain described the Chairman as “a very good man”, noting that from all indications, it appears he is listening to the advice of some “selfish members”, which can derail the smooth running of the party’s victory in 2023.

“I am calling on all the leaders of the party in the State, the Ben Obi led reconciliation committee, Zonal and National leaders to wade in now before it is too late. Lagos is too strategic for our party, than for it to be embroiled in too many factionalism and crisis at this time”.

“Some of us have spent our time, resources and commitment, to build this party, we won’t ever allow anyone to toy with the destiny of several hard working members, who has also be toiling day and night for the party, and will do whatever it takes to stop anyone planning to sabotage or result to self help in Lagos PDP, Adewale noted.