The Lagos State government has launched a special security team to curb the activities of one-way drivers and other traffic offenders in the state.

In the maiden enforcement of the new operation codenamed ‘Anti-Oneway and Other Traffic Offenders Squad’ on Monday, the team combed the Ikeja, Ojota, and Maryland areas of the state.

During the operation, commercial motorcycle riders who defied the state’s traffic restriction order were arrested. 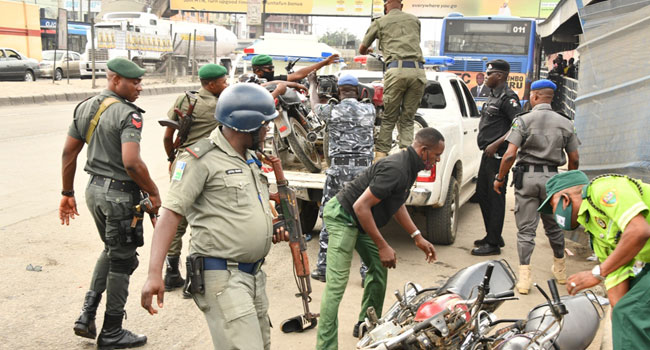 Various motorcycles were retrieved from the building while some of the offenders were arrested in the enforcement for prosecution.

He stated that the team would not be lenient on those flouting Lagos traffic regulations and warned motorists who have the intention of driving on one-way lanes to desist from the act.

“We have been mandated by the Commissioner of Police to stop acts of indiscipline by some motorists who are in the habit of flouting traffic regulations of Lagos State,” said Jejeloye who is the commander of policemen in the Governor’s Monitoring Team (GMT).

He added, “We will discharge this duty without fear or favour, and our activities will be professionally exercised in line with the mandate of the team. I, therefore, urge motorists to obey the traffic laws and be patient when driving on the roads.

“We will not be lenient on motorists that are in the habit of committing traffic offences. Offenders arrested will be prosecuted and have their vehicles confiscated.” 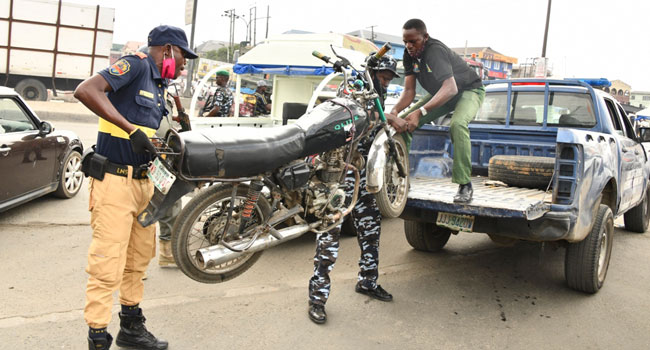 The Anti-Oneway and Other Traffic Offenders Squad was raised by the Commissioner of Police in Lagos, Mr Hakeem Odumosu, at the instance of the state governor, Mr Babajide Sanwo-Olu.

Part of its mandates included to arrest and impound vehicles plying one-way, BRT lanes, and motorcyclists operating in restricted areas.