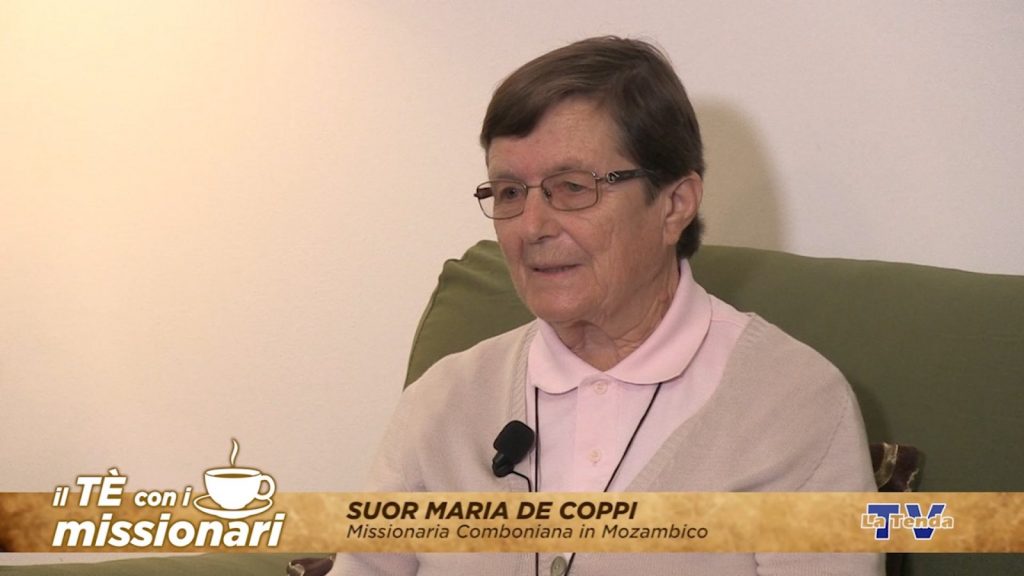 Comboni Sister Maria De Coppi was killed during an attack by militants at a mission in the village of Chipene in the province of Nampula, Mozambique, during the night between Sept. 6-7, 2022. Sister De Coppi, who had served in Mozambique since 1963, is pictured during an interview Oct. 8, 2021, in Italy with La Tenda Tv Vittorio Veneto. (CNS photo/courtesy La Tenda Tv Vittorio Veneto)
Share
Facebook Twitter LinkedIn Pinterest Email WhatsApp

Sister Maria De Coppi, an Italian Comboni religious sister, has died in Mozambique when her missionary compound was attacked by a terrorist group that set fire to the local Catholic church.

An 84-year-old Italian nun, Sister Maria De Coppi, was killed in an attack in Chipene, Mozambique, on Tuesday evening.

Suspected terrorists raided the mission outpost and set fire to the Catholic church, the Sisters’ residence, the hospital, and their equipment.

Two nuns, one Italian and another Spanish, and two priests managed to escape.

Sister Maria De Coppi comes from the Veneto region in Italy, and had served as a missionary in Mozambique since 1963.

The assault happened late Tuesday evening when a terrorist group attacked the Comboni Mission of Chipene in Mozambique’s Nacala Diocese.

A group of attackers entered the compound and the nuns’ living quarters, killing Sr. De Coppi and setting fire to the mission structures, including the parish, the dormitory, and the new computer room.

The Secretary General of the Comboni Missionaries, Sr. Enza Carini, expressed her “deep sorrow” in a condolence message sent on 7 September in the wake of the horrific events that took place the night before.

“Let us pray for the Eternal rest of our Sister,” Sr. Enza Carini said. “She will certainly intercede for the Mozambican people and for peace in this country that she loved so much.”

Many people have fled the region in response to recent attacks, taking refuge in local churches.

After obtaining her Mozambiquan citizenship, Sr. Maria worked in various missions in the province of Nampula.

The last two years in Mozambique, according to a 2021 interview with Sr. Maria by the Italian newspaper L’Azione.it, were extremely difficult due to land rights conflicts in the North of the country, a cyclone, and prolonged drought.

“I try to be close to the people,” she said in the interview, “especially by listening to what they tell me. Despite material poverty, listening to others remains a great gift, it is to recognize their dignity.”