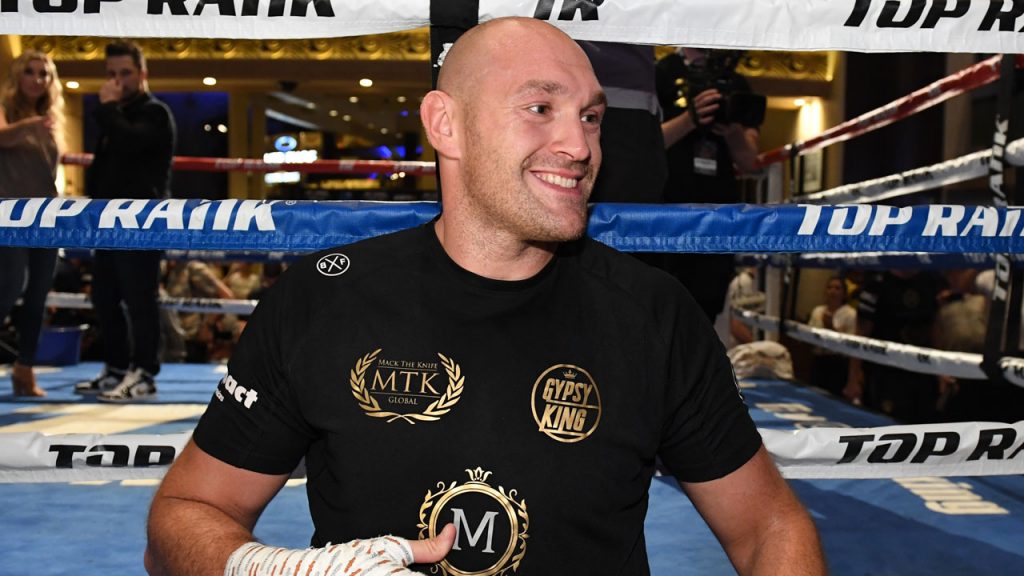 Tyson Fury has made the astonishing claim that Anthony Joshua rejected £64million ($80million) to fight Deontay Wilder. Fury, who praised Wilder in a wide-ranging interview, added that had Wilder faced Joshua he would have knocked out the British heavyweight.

The Gypsy King overcame Wilder in his last fight, having previously taken the American to a draw, yet believes the American would have had the better of Joshua.
Speaking to IFL TV, Fury said: “I have to give it to Wilder, he has got the bottle and he wanted to fight the best.

“When I was out of the ring retired, he tried to fight Joshua twice [and] it was going on for ages – we all know that.

“They offered him $80m [£64m] for a two-fight deal, and I know a few people who saw proof of the funds and people who I definitely trust and he refused it.

“I don’t think they are going to get any bigger pay-days than that. They refused it because they were scared of getting chinned by the Bronze Bomber.’

Fury added, though, that even if Joshua had agreed to fighting Wilder he would have realised quickly he wasn’t up to scratch. He said: “Wilder beats Joshua 100,000,000 per cent. Wilder beats Joshua, [Dillian] Whyte, Jarrell Miller…

“One touch from the Bronze Bomber and their faces are gone forever.
“Wilder would do to Whyte and Joshua what he did to Dominic Breazleale… he would put them unconscious in round one.

“They do not have the skills that I have got, this cannot be touched.
“I just want to see them fight because they keep calling Wilder this and that but they have no defence and as soon as he touches them, they are gone.

“Could they walk him down without any feints or footwork? Please.

“They will be 44 and 45 on his record, I would back Wilder to knock them out for sure.”
Culled from dailymail.co.uk