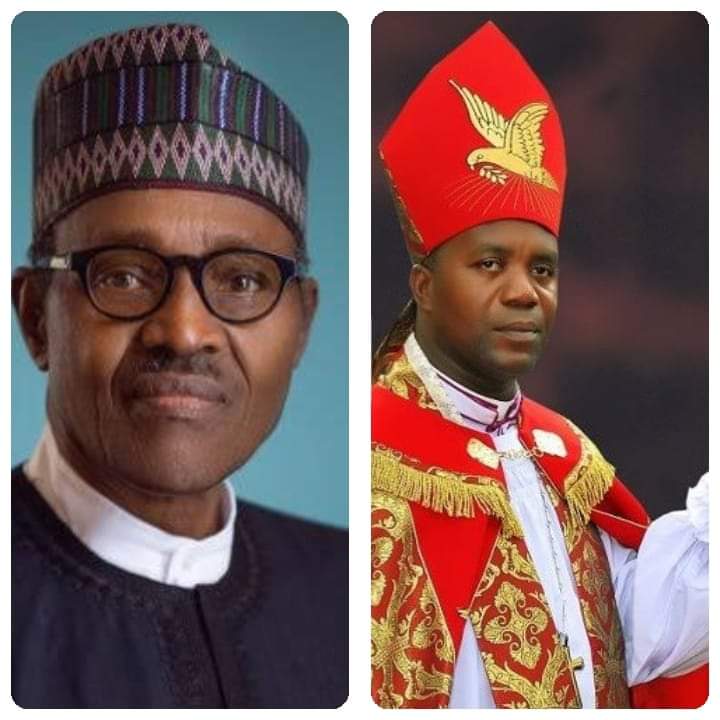 Bishop Ikeakor said Nigerians are tired of listening to the presidency instead of their President hence he should be transparent and take full charge of Nigeria.

He also absolved the people of South East and the Indigenous People of Biafra, IPOB, of any involvement in the insecurity, burning of police stations and killing of security agents in South East, alleging that mercenaries might have been hired from outside to destabilize peace of the zone.

Bishop Ikeakor made the comments while addressing journalists in a pre-synod press conference held at St Andrew’s Anglican Church Ebenato, Nnewi South Local Government Area of the State. The event was used for the final inspection of the synod venue which comes up from Wednesday 2nd June and ends on Sunday 6th June 2021.

Bishop Ikeakor insisted that Nigerians would want to know who between the President and the Presidency had been in charge of affairs of the country.

He expressed disappointment that in the face of burning of public facilities and killing of security agents, President Buhari had not deemed it necessary to visit any of the affected States, adding that the National Assembly had not been doing anything visibly to direct the President properly.

Bishop Ikeakor said:”Nigeria our country is at the crossroads. Security has collapsed, education has collapsed, medical health system is in shambles. It is not only shameful but also extremely embarrassing that our leaders including Mr President still travel overseas to seek medical care. Why can’t they fix our hospitals like what they see and use overseas.

“The President, if he is still there, because we are confused on who is in charge, we do not know if the country is ruled by the President or the presidency. Who is really in charge. All that are being killed and places burnt, yet the President has not visited any of the States involved.

“I do not believe that the people of South East are behind the burning of police stations and killing of security agents.

The people of the South East are not known for such behavior. People must have been using mercenaries to destroy the security of the South East. Why are they called unknown gunmen? We urge the vigilante services in South East to be at alert and rise up to the challenge of securing South East. We suspect foul play from outsiders.

“I do not know why people still talk about open grazing in a country like Nigeria. Open grazing is obsolete and out-dated.

Whether the President or the presidency likes it or not, open grazing must be abolished. Why is the President not declaring killer herdsmen and Boko Haram insurgents as terrorist groups? Have they not killed enough people to attract such a designation and declaration?

“What is the problem with restructuring? We need critical restructuring in Nigeria, we must seriously do away with 1999 Constitution and instead use the 1963 Constitution. There is no way you will have peace in a country where you have two classes of people, those who commit heinous crimes and nothing happens to them and those who do nothing criminal, yet they are under siege.

Bishop Ikeakor said : “We must warn that #EndSARS, will be child’s play to the lawlessness that will happen in Nigeria, if the Federal Government fails to do the needful now. The Governors and National Assembly members think they are safe, they should better help the President to calm the tensed situation in Nigeria now or they will regret what they will see.

They are just there as businessmen. Governors leave office after eight years and go and hide in the Senate, those who feel they cannot win an election into the Senate, defect from the party that elected them for eight years, to the ruling party and their sins are ‘forgiven’.

“Politics is business in Nigeria. Do you know that Governors who leave office for the Senate receive pension? When has political office holding become pensionable, and they find it difficult to allow minimum wage of N30,000 for career civil servants. Is that not wickedness and callousness.

“National Assembly lawmakers’ vehicles were changed at the peak of COVID-19 lockdown. What a wicked country and lawmakers. If they should tell Nigerians their average take home, you will stone them.

Why should a man of 70 years and above be in the National Assembly, what is he doing there. That is why you see some of them sleeping during the plenary. Nigeria’s National Assembly should be reviewed, that is my take, ” the Bishop Ikeakor concluded.