Insecurity: Primate Ndukuba Laments over the Weighty Challenges Nigeria Christians Are Passing Through

The Archbishop Metropolitan and Primate of the Church of Nigeria Anglican Communion Most Revd. Henry Ndukuba has painted a grim picture the Anglicans and Christian faithful are passing through in Nigeria every day. 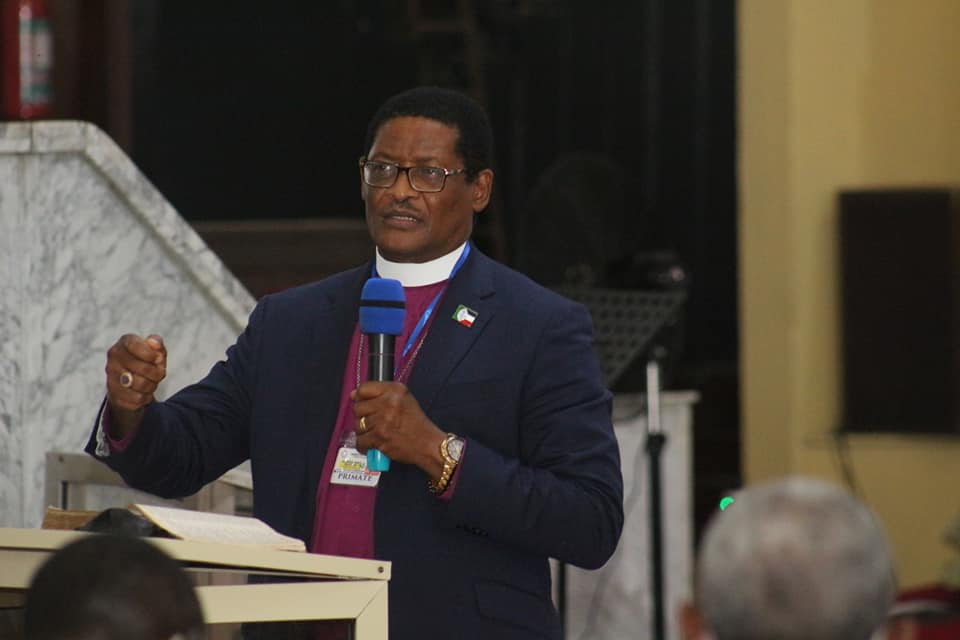 He said it should be noted that: “Anglicans are passing through a very challenging time. As we are talking many of our dioceses have lost churches, members, communities homes, and in fact in some places some of the villages  have been wiped out in plateau in Kaduna in Zamfara in Borno in Yobe   in Adamawa in  Enugu states  not to talk of Taraba and Benue so we are bleeding all over”

Primate Ndukuba speaking on Advent Cable Network Nigeria Television ACNNTV in a special 2nd Year Anniversary interview said the only joy was that the present sufferings would not be compared with the glory that would be revealed thereafter” as God has not forsaken us.”

He said; “When you talk of kidnapping, rampaging attacks on communities’ words fail us to describe what we are seeing.   It is so much pain every day every week every month. it has been such a very terrible time and we are really bombarded on many sides but be it as it may the church of Nigeria is rising up to these challenges.”

The Primate said he was grateful to God and to “our relief team and committee for what they are doing: and we thank our friends and partners for bringing succor to the afflicted “

He revealed that because of the challenges of our time “we have mapped out short-term and long-term  plans in which when it happens  we fall back on  churches’ food banks and other resources to help the needy  secondly we have mobilized the church for prayers for those that have been under pressure and under attacks thirdly we have through our relief committee under Peter Nmadu and our partners which Venerable John Hassan is also coordinating to visit affected communities giving them food,  clothing, and other household materials in fact supplying some of the communities with  building materials like zinc and other things so that they can rebuild and resettle themselves.”

Primate  Ndukuba continuing said: “There is nothing as good as communities and families living together but these attacks have not only vandalized our communities but also killed our people and wounded so many so the church of Nigeria is working hard with our partners to see that these people are taking care of in the immediate short term. And in a Long time, we are looking at how we can help them resettle go back to their communities and rebuild themselves if they are out of their communities to see how they may be able to be absorbed in the host communities they find themselves in.

“We have also engaged in advocacy speaking to government and community leaders about their responsibilities to protect lives and property. A situation in which our people are kidnapped, vandalized and communities are attacked and nobody is arrested or held responsible is not acceptable. it doesn’t show any responsibility in government and governance and so we are calling on the government to continue to live up to its responsibilities and we are also asking Christian bodies and international Christian bodies and organizations to speak out.  we don’t see the impact of the World council of churches. We don’t see the impact of the Christian desk in the United Nations, we don’t see the other Christian organizations taking proactive steps to help us.”

Therefore, He said:” We are perturbed and worried whenever we see that when such things happened instead of these organizations calling a spade a spade, they are found interpreting it to climatic change that put pressure on grazing land. It is not true.  These are global Islamization agendas that must be checked.  The more they confuse the international community with their propaganda the more we are facing more persecution.  The government and international organizations should rise up and do something visible to help the ordinary man. We have no other place to go, some of our Christian communities are so displaced that they have lost their ancestral homes and it is not because there is no land there are vast lands across the north but we are seeing this as an agenda of Islamization. “

Primate Ndukuba condemned the role of the politicians  “Yes there may be some problems around in the countries around us in West Africa and in Africa that may make some of the people to migrate into Nigeria but our politicians have worsened the situation by going out to bring in these immigrants that they will use during their Electioneering campaigns in order to prosper their political agenda.