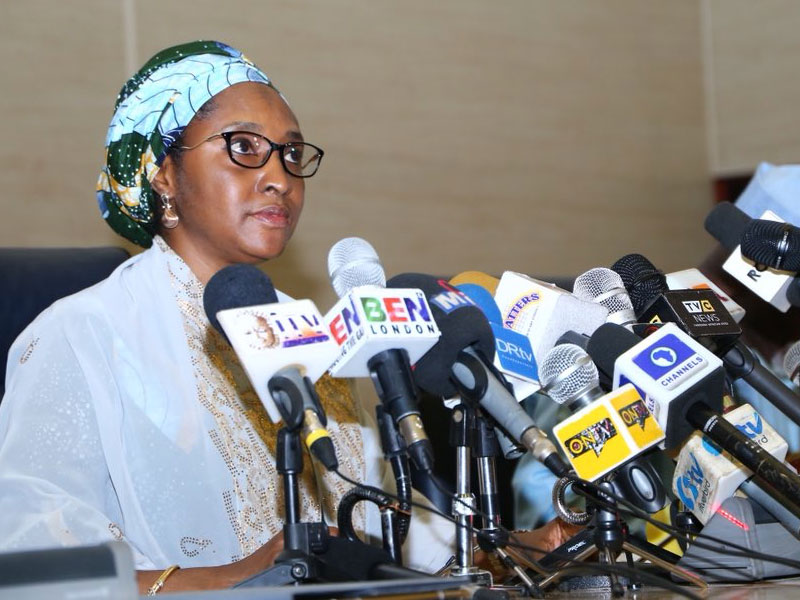 The federal government Thursday foreclosed reinstating the fuel subsidy regime as outrage grew over the hike in ex-depot price of petrol that jacked up the pump price from between N145 and N148 per litre to N158-N162 band.

It defended the fuel subsidy removal, saying it constituted a drain on the country’s meagre resources.

Under the fuel subsidy system, the commodity is retailed at a price lower than the landing cost with the federal government paying the differential, which runs into billions of naira.

Amid the outcry over the new price regime, the federal government said the cost of the product would henceforth be determined by the vagaries of the international crude oil market, stressing that incurring further costs on under-recovery has now been stopped permanently.
The government also noted that the pursuit of a policy of transparency and accountability was being entrenched in the Nigerian National Petroleum Corporation (NNPC), saying that in the next few months, aside from the recent published accounts of its subsidiaries, the corporation will release its group’s audited accounts to the public.

The Minister of Finance, Budget and National Planning, Mrs. Zainab Ahmed, who spoke from Abuja during a web seminar organised by the Extractive Industries Transparency Initiative (EITI), explained that all the decisions were geared towards weathering the current headwinds posed by the COVID-19 pandemic.

Ahmed also said the federal government was considering borrowing through the resource-backed plan, but added that it was taking into account all the risks associated with it.

She said: “Our country Nigeria is going through a difficult economic period because of the crisis of the COVID-19 pandemic. This same crisis has also given us the opportunity to undertake some reforms that have been very difficult to carry out in the past.

“In general, we have developed a fiscal stimulus package of N2.3 trillion, about $5.9bn multi-sectoral economic plan. The design is to be able to minimise the impact on the economy, to prevent contraction of the economy and prevent businesses from collapsing and also to protect the poor and vulnerable.

“Specifically, in relation to the extractive industry, we took the opportunity to remove fuel subsidy that has been a significant drain on our resources and on the economy.

“This we have been able to do by adopting a price modulation mechanism and the government has removed fuel subsidy provision from its revised 2020 budget and also from the Medium Term Economic Framework (MTEF) for 2021-2023. We don’t have plans to incur any expenditure on fuel subsidy.

“What that means is that the price of refined products PMS (petrol) will be determined by the global price of crude oil, so the price will keep changing according to how the global market operates.”

Ahmed stated that another reform was to get the NNPC, which had hitherto not been able to publicly audit its financial statements, to do so.

She added that the federal government was also making its debt obligations more transparent for international partners.

She said this was very significant because it would give the country and its partners the opportunity to really look into the operations of the national oil.

“It’s now one of the EITI partners. The pandemic has dried up resources and increased spending on healthcare. This means we have had to borrow more because of the decline in revenue and investment in healthcare,” Ahmed said.

On resource-backed borrowing, she noted that aside the NNPC involved in forward sales of crude oil with international partners, the government’s current borrowing is not tied to its resources.

According to her, “But until now, we have not borrowed using our resources to back our borrowing. We have not had any resource-backed loan as at today. But the NNPC from time to time in its trading businesses does get involved in forward sales with its partners.

“That is not to say that there is something fundamentally wrong with having resource-backed loans; in fact, that is an area we are closely looking at right now to improve on our ability to be able to provide liquidity in our economy.

“But we have to make sure that it’s carefully designed and structured and we have also made a global commitment to the IMF and the World Bank as we reach out to them for concessioning financing and we will be continuously working to improve on our debt transparency.

“For resource-backed loans, the major challenge is the volatility in oil price – also the risk of lack of transparency in the production volume that will be used to service the loans.

“If such an undertaking has to be made, the structure will have a framework that shows visibility of volumes being lifted. Of course, if you go into such financing, you know that the major risk is price because you have made a commitment to pay a certain amount. So, you need a de-risking impact. It is something we are considering, but we have not gone into it.”

Ahmed assured stakeholders that the government will continue to push the NNPC to improve its transparency.

Reuters also quoted the Minister of State for Petroleum, Mr. Timipre Sylva, as saying yesterday that Nigeria is “no longer in the business of fixing” fuel prices.

Sylva told an online briefing that the global oil price crash had made removing the subsidies “inevitable.”

“It is about the survival of our country. There are certain things that the country can ill-afford at this time,” he said.

Meanwhile, the Minister of State, Petroleum Resources, Chief Timipre Sylva, yesterday said that Nigerians who could not afford to buy petrol at the current pump prices should embrace the use of alternatives to be provided by the federal government.

Sylva, who spoke during a press briefing in Abuja to clarify what he said were misunderstandings surrounding the recent hike in the pump price of the product noted that the government was not insensitive to reservations expressed by some Nigerians over the issue.

The minister argued that removing subsidy was the way to go, disclosing that the government was spending over N1trillion yearly on under-recovery, a development he said was unsustainable.

He reiterated that in the next few weeks, the government would be rolling out the alternatives in the form of Compressed Natural Gas (CNG) and Liquefied Petroleum Gas (LPG), which are cheaper and better alternatives.

“In the end, I do not think that people will even feel the increase because by the time you get used to gas to fuel your car at half the price of petrol, you probably won’t think of petrol anymore.

“Let us allow this policy to mature. These are just teething problems. Down the line, Nigeria will be happier for it and this country will survive better economically” he said.

He said announcing a template every month was no longer practicable, saying that it would give the impression that the downstream is still being regulated by the government.

“So, we are now like umpires on the same side. We watch the price. If the price goes beyond our in-house estimate because we take into consideration everything it takes to land this product in Nigeria.

“We are also introducing a complaint box in the ministry of petroleum. If a marketer is raising prices beyond a certain rate, you report to us. We have become the police.

“Because our duty is to ensure the public is not cheated. We are now on the same side to police the marketers and retailers to ensure they do not profiteer from the public,” he stressed.

He said that whenever crude oil price goes up, the price of fuel will also move accordingly, since the market is now deregulated.
Sylva added that left to President Muhammadu Buhari, the prices of petrol would not increase, noting that liberalising the market is now inevitable given the impact of the coronavirus pandemic.

He explained: “It’s like we were burning our candles at both ends. You are subsidising at the pump and subsidising the foreign exchange. So, if you put all the subsidies together, it came to more than N1 trillion and who were we subsidising?

“It is the same rich people that benefit from the subsidy and the poor people continue to lose from even subsidy. This country cannot continue to afford this subsidy.”

Henceforth, Sylva said that market forces will determine prices, but stressed that the government will continue to protect the consumers.
“We are no longer in the business of fixing those prices. We have stepped back and allowing market forces to determine the price at the pump.

“When the international price of crude oil went down, it reflected at the pump and when it goes up, it also reflects. It’s the same crude oil we are talking about,” the minister noted.

He disclosed that he had already sent all his cars at the ministry for recalibration, to enable them to use gas as fuel, explaining that all filling stations in the country will soon be requested to join.

“We will start with the NNPC owned filling stations across Nigeria and skids will be mounted with CNG and LPG.

“Some privately owned filling stations are also joining and others are asking to be admitted. This will be very soon.

“DPR will ask filling stations to upgrade or their licences will not be renewed. Within a short time, we will have the capability,” Sylva added.