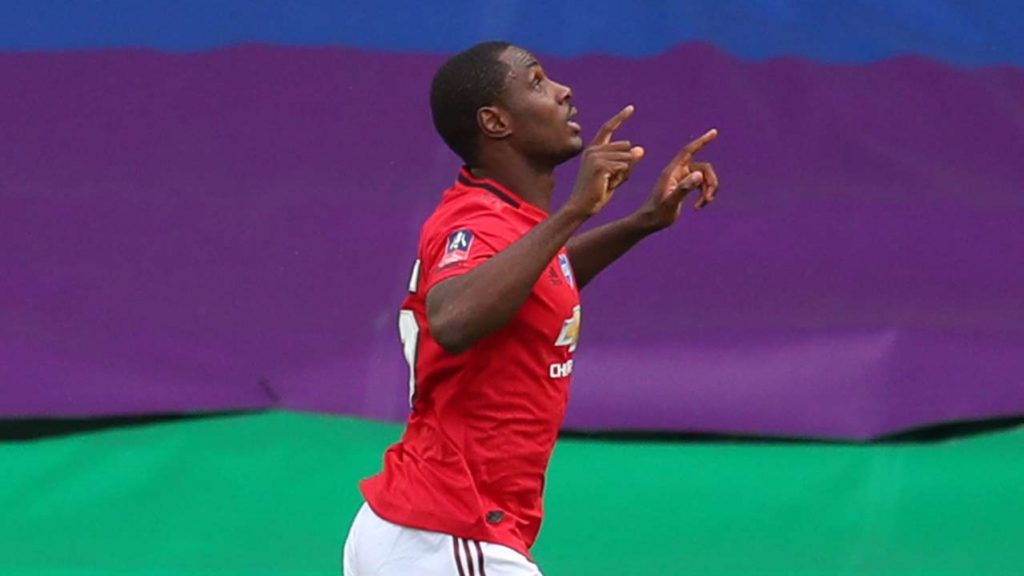 • ‘I Can Play With My Back To Goal’
Nigeria and Manchester United striker, Odion Ighalo says he had gained more experience now and could push his game a little bit more than when he was at Watford.

“I think I’m even stronger now than I was then,” Ighalo explained to United Review. “And I have a bit more fighting ability now to give, plus I have the experience to do what it takes on the field to score goals and to help the team. I feel I have improved from then to now.”

He continues: “I can play with my back to goal, and I can keep the ball. I’m strong so it’s different, you know, and for the different games, we play different patterns and with different strategies. So, it’s good to have different types of striker in order to accomplish what you want.”

He believes he has different qualities to Manchester United’s other strikers, which will enable him to boost Ole Gunnar Solskjaer’s attack.

The Nigerian has scored five goals in four starts since arriving on the final day of the January transfer window, and while the 31-year-old has impressed with his own goal tally, he explained he has been given a different role to play in order to help his teammates.

“If you can’t touch the ball or you can’t do anything with the ball, you have to unsettle the defenders so your other teammates can move and do something with the ball. It’s what I was trying to do in the first half against Norwich when I wasn’t getting too many balls,” Ighalo stated.

“Just keep running, keep putting pressure on them and making them make mistakes so you can have other channels for the players to go into.”

Ighalo, who had his loan deal extended until January 2021, has previous Premier League experience with Watford, however he believes he is a better player now than the one who left Vicarage Road in 2017.

“You have to keep the mentality the same, work hard and take the chance when it comes. You play for the team, even if you don’t score a goal, you can give an assist and work for the team. That’s the most important thing because it’s a team game.”

Ighalo’s strength and tendency to play with his back to goal gives Ole Gunnar Solskjaer a different option and with Anthony Martial, Marcus Rashford and Mason Greenwood all in good form the 31-year-old is relishing being part of a squad with so much talent.

“Martial is very skillful, he’s a direct striker. He likes to play with the ball at his feet. Rashy likes to run in behind. I think I bring different things to the strikers we have,” Ighalo said.