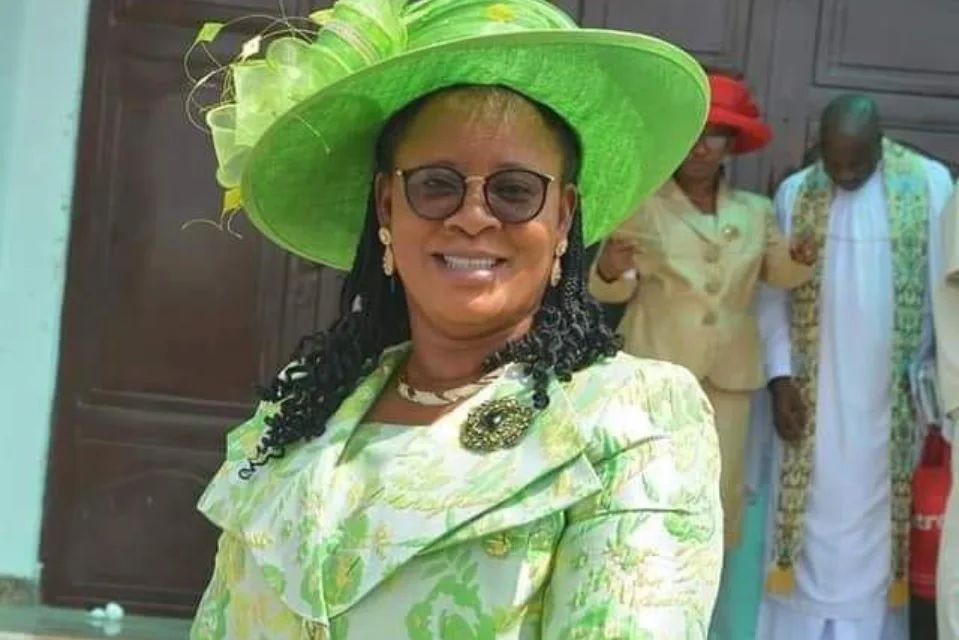 Professor (Mrs) Funke Motunrayo Olumakaiye is wife to Archbishop of Lagos, Ecclesiastical Province and the Bishop of Lagos, (Anglican Communion), Reverend Humphrey Bamisebi Olumakaiye. She speaks about her childhood and growing up with SEGUN KASALI.

Your parents must have influenced your career. Is that not so?

Absolutely. I have always desired to be a lecturer because my parents were educationists. My mum was a headmistress and my dad was a secondary school principal. I have always loved teaching. But, I desired to go higher than my parents. So, I joined the services of Obafemi Awolowo University in 2002.  My parents exposed me to teaching and I loved the kind of life they were living. I had some teachers in secondary school too that were like my mentors. In those days when you are a teacher, you are respected in the society. At a point, my dad was appointed as the Permanent Secretary in the Ministry of Education in Ondo State, but he rejected it.

He said he was more comfortable in the school impacting the lives of the young ones. Growing up, I knew my dad really impacted a lot of young boys as a gentleman, caring, loving and humble. I recall that he was usually posted to most of the notorious schools. But, to the glory of God, he always found his way out. He told us at times there would be riot and they would run out of the school compound. So, I desired to be a teacher but at a higher level this time. And I must thank my parents for their traits of humility, hard work, commitment, dignity of labour, dedication to assignment and the fear of God they infused into me. We were very religious growing up and all of us never joked with Sunday services. We are five and I am the only girl among four boys in the family.

The tendency of being a tomboy is higher then…?

Yes, I was a tomboy. I enjoyed protection from my brothers in the sense that nobody could come into our house anyhow because we have a girl in the family. It was difficult for boys to come around me. So, I enjoyed their love, care, protection and all of that.

What about your relationship with others as a tomboy?

When I was in secondary school, most of my friends were boys. Even till now, I am more comfortable with boys than girls. I am not used to gossips and all of that.

Did you ever get into any physical contest with a boy?

Physical…? The only person I ever fought physically with was my immediate older brother. He would always want to prove that he is a boy and that he is older than me. So, one day I protested and said “do you think because you are a boy, you can behave like that to me?” So, I fought with him. But he beat me thoroughly that day. Since that day, I respected him.

What about your relationship with your parents as the only girl child?

It was very interesting. I was closer to my dad than my mum. Even my dad’s friend used to call me daddy’s girlfriend. My dad really cared for all of us. We never lacked anything. He made everything available for all of us. If I asked my dad for 100 naira, he would give me 300 naira believing that for me to have asked, I really needed it and he would not want me to do anything shady to get extra money. So, I had enough growing up and graduating from the university to the extent that I was able to give to people who were not that privileged. My mum was the same, but mother and daughter relationship at times, it was a bit difficult. She was more strict compared to my dad and it caused a little strain in our relationship even though she was trying to inculcate some things into me which did not go down well with me then. But, I later realised the benefits of what she was trying to instill in me.

What were those things?

Teaching me how to cook. And you know a tomboy would not want to cook. We never had any housegirl while growing up. So, I was made to do all the house chores, doing the cooking for the family. But, she was magnanimous enough that even my brothers helped in cooking, so it wasn’t that the whole burden was on me. There were areas of expertise at home. When it comes to making of Amala, one of my brothers is an expert in that. Mine was to boil the water and I would call on him to make the Amala. When it comes to pounded yam, another brother of mine is an expert in that. Mine was to cook the yam and call him to pound it. So, we were brought up that way.

When did you stop being a tomboy?

Of course, the tomboy of a thing dropped immediately I got married. Yeah, my husband really complemented my effort by helping to reshape me into a proper lady. He grew up in the midst of girls; most of his siblings are girls. So, he grew up knowing the way of ladies. When two of us came together, he impacted the feminine kind of lifestyle into me while I impacted the masculine lifestyle into him. So, it was really a complement.

He said you met in church, but what did you see in him?

As a child of God, I knew Christ very early in life because I gave my life to Christ as I was leaving secondary school. So, I have always known that the best path to thread in life is the will of God. So, growing up and while in the university, praying, he came along. I prayed about it and God gave me the go-ahead that he is the man for my life.

What about the other attributes beside the spiritual?

He is a very quiet person. He is humble, committed, selfless and generous. He was really lavishing me with gifts even while I was in the university and before making his intention known.

You remember some of the gifts?

He bought my fan, radio and shoe rack. He would buy something every year. He bought the shoe rack I used throughout my university days. He bought bags and purses for me. So, he was very generous and is still very generous. Honestly, the most memorable day in my life was the day I got married.

It was because I got married to my husband. I thank God I did not make a mistake. Marriage is like a black market that you go into with so many uncertainties. But, marrying my husband is a blessing. Anytime I look back and I remember the day that I said ‘I do’, signed up my maiden name and picked his name, I always give thanks to God. My husband has been so supportive. He believed in me. He gave me the platform to leverage, discover my talents, potential, ability, and capability. There is nothing I wanted he did not support. He is the force behind what I have achieved in life. If you marry the man ordained by God, you would have things so easy. He was the one that went to get my Master’s degree form for me at the University of Ibadan as a gift because I got married to him as a youth corper.

Yes. He travelled one day and came back with an envelope and gave it to me as a gift. I told you he is used to giving gifts. When I opened the envelope, I discovered it was an application form for a postgraduate programme and he insisted I should fill it. In fact, he went to submit it. Throughout my stay, he would always drive me to school, play with me and support. When I completed that, he was still the same person that went to collect the form for my Ph.D even though I did not want to do it. So, he saw me through. Every of my trip abroad, he supported. There was no conference I wanted to attend that he did not support. There was never a dissenting voice when it comes to my career in life. In 2008, I won a prestigious award by Bill and Melinda Gates Foundation. It was a career development programme specifically for women in academia. The award took me to about five continents. So, those two years of the award were very demanding because every other month, I would have reasons to travel abroad leaving the home front in pursuit of this golden fleece. He really filled that gap.

He supported me. You know we have some husbands that would have said ‘this one you are flying about, why not stay back at home’. But, he supported me in all ways. So, I thank God for him.

What do you know that people don’t know about him?

Is there anything you’ve been trying to change about the Archbishop?

And what have you been doing in this regard?

He is a very busy person. As much as possible when he is stressed, I would leave him to rest and try to encourage him to get out of this environment to relax and get his strength back. That is one way. Then, on some occasions, he is more relaxed, no meetings, appointments, church ministrations and all of that.

There seems to be more of you in your son, ma.

Yes, I can see myself in him because at his age, he is already into his Ph.D programme. He is just 23 going to be 24 and he is already in the third year of his Ph.D. So, I can see him following that path. We are praying for the will of God to unfold and he has the fear of God

What is your advice to young ladies and new couples on marital stability?

A lot of young girls are afraid of going into marriage now because of obvious reasons such as domestic violence, divorce, infidelity, side chic and all of that. But, I believe that when you are in the will of God and you marry the right person not for money but for love, you would be able to stand even when storm comes. They should not allow the news making rounds, to discourage them. We are different. Marriage is like a black market when you go into it, you don’t know what you would meet there. But because you have already invited Jesus into the business, you will sail through.