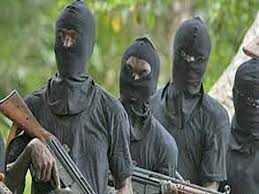 Security agents on Sunday repelled an attack on the Imo State Police Command Headquarters in Owerri and killed one Joseph Uka Nnachi alias King of Dragons, the suspected mastermind of series of attacks on police stations in the state.

Four other gunmen were also killed by the security operatives.

In a statement issued by the Public Relations Officer of the Imo Police Command, Bala Elkana, the security operatives who repelled the attack comprised of men of the Army, Police Special Forces, and other supporting security agencies.

Elkana explained that the hoodlums who planned to attack the Imo capital at about 06: 15 am, “came in a white hummer bus, wanted to access the Command Headquarters through Works Layout around Alvan Nursery and Primary School Owerri but had a bloody fight with the security forces.

“They were first Intercepted by the Military at the outer perimeter cordon provided for the Police. Five hoodlums were killed in action (KIA)including Joseph Uka Nnachi alias King of Dragons.”

The police spokesman noted that one suspect, a 30-year-old Stanley Osinachi who hails from Achi/Mberi, Mbaitoli Local Government Area of the southwest state was arrested and is being investigated.

“He confirmed that Dragon is the leader of the gang in Imo State reporting to their supreme leader Nnamdi Kanu. He stated that they belong to the proscribed IPOB and ESN,” the police statement added.

A Police Inspector, however, sustained gunshot wounds during the exchange of fire and is receiving medical attention.

Some of the items recovered from the gang included four AK-47 rifles and 2000 rounds of ammunition and a large number of explosions.

“The rifles breach numbers were crossed checked and found to be the same Police Rifles that were stolen by the hoodlums from our Police station at Omuma on 31st May 2021 which claimed the lives of four Policemen,” it noted.

While praising the security officers for their gallantry and resolve to restore sanity to Imo, the Commissioner of Police in the State Abutu Yaro condoled with the families of officers who have died and sustained injuries following attacks by terror gangs in the area.

“They are the real heroes,” the police public relations officer explained. “The Commissioner of Police also extends his gratitude to the Inspector General of Police, IGP Usman Alkali Baba, psc, NPM, FDC for supporting the command with the necessary resources used in combating the deadly gang.”

Tension has heightened in Imo State in recent months following a series of attacks on police stations and offices of the Independent National Electoral Commission (INEC).

Several security officers have been killed in the crisis that engulfed the southeast state. A chieftain of the All Progressives Congress (APC) Ahmed Gulak was last Sunday killed by gunmen in the state, becoming the latest high-profile casualty of incessant assaults in the region.

Members of the proscribed Indigenous Peoples of Biafra (IPOB) have been accused of masterminding the attacks. The group has, however, denied the allegations.

Irked by the wave of attacks on the state, Governor Hope Uzodinma on Thursday issued a stern warning to those who want to make the state “ungovernable,” and accused the opposition and aggrieved members of the APC of being behind the violence.

“The opposition party and some aggrieved members of our party who are hiring boys from neigbouring states to come in here, allow me, I will deal with them. I can assure you, leave that for me,” he said when he inaugurated a security council at the grassroots level to proffer solutions to the state’s security challenges.