Fayemi, El-Rufai Advocate For Devolution Of Powers To States 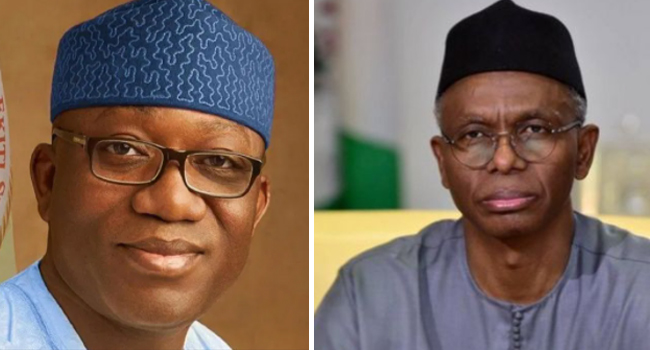 As Nigerians continue to recommend ways to build a united country, Governor Kayode Fayemi of Ekiti State has stressed the need to actualise the principle of devolution of powers and resources to the federating units.

He is advocating a revenue-sharing formula that is in favour of the states especially given the argument to devolve more responsibilities to the sub-nationals.

He made the submissions on Saturday, during a lecture he delivered at the 50th anniversary of Arewa House in Kaduna State.

“Our desire to build a more perfect union should be anchored on the principles of devolution of powers,” Governor Fayemi said.

“That is, re-allocation of powers and resources to the country’s federating units. The reasons for these are not far-fetched.

“First, long years of military rule have produced an over-concentration of powers and resources at the centre, to the detriment of the state. Two, the 1999 Constitution as has been argued by several observers was hurriedly put together by the departing military authority and was not a product of sufficient inclusiveness”.

The event had in attendance, eminent personalities including the former Vice President Namadi Sambo, Kaduna, State Governor, Nasir El-Rufai and the Sultan of Sokoto, Sa’ad Abubakar (II), among others.

Also speaking on the matter, the Kaduna State Governor said: “The APC committee on Federalism recommended that the Federation be rebalanced with more powers and responsibilities devolved to the states. The committee also clarified that the federation is a relationship solely between the states and the Federal Government and each state should be allowed to operate the kind of local government that best suits its circumstances, culture and diversity”.