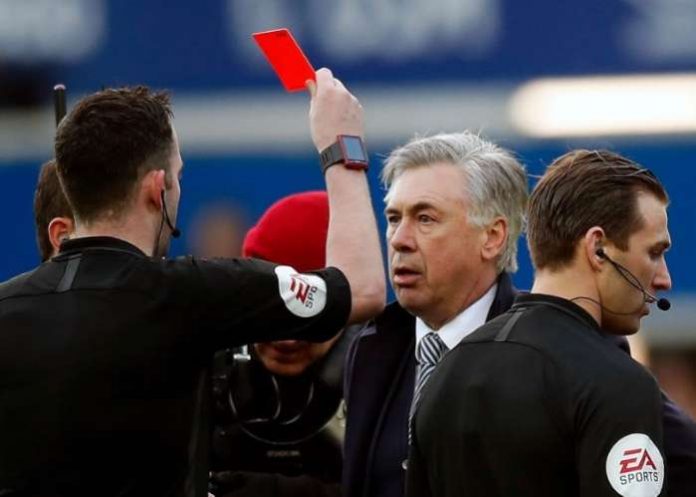 Everton manager Carlo Ancelotti has been fined £8,000 after accepting his Football Association charge of misconduct, following his red card after the Toffees’ 1-1 draw with Manchester United in Sunday’s Premier League game.

The former AC Milan coach became the first manager to be shown a red card in the Premier League.

By accepting the charge, the 60-year-old avoids a touchline ban.

Ancelotti said after the 1-1 draw at Goodison Park that he was not disrespectful to Kavanagh, whose initial decision to award the stoppage-time goal was reversed by the video assistant referee because Everton’s Gylfi Sigurdsson was lying offside in front of United goalkeeper David de Gea.

Ancelotti said he also had a subsequent, private conversation in which he spoke to the referee “calmly”.