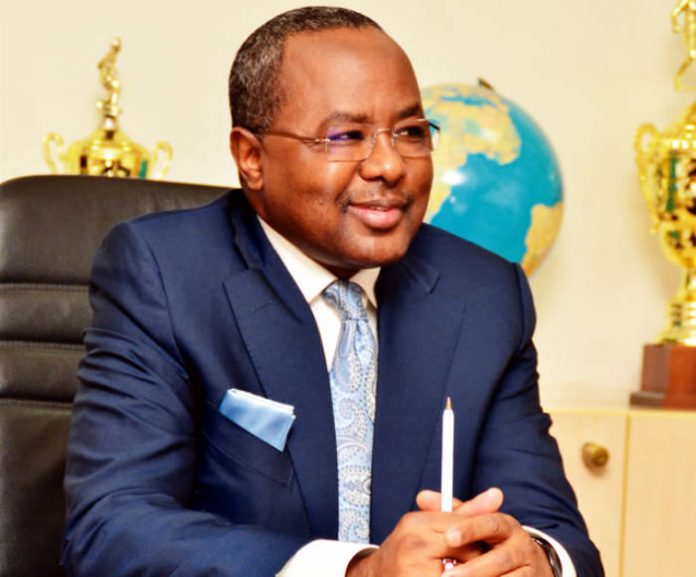 Gwarzo and Muhammad were arraigned before Justice Olukayode Adeniyi, on 14 counts bordering on gratification and abuse of office.

ICPC alleged that Gwarzo on or about Dec. 28, 2016, while serving as SEC DG knowingly held a private interest as a director and shareholder of Outbound Investment Limited, a company which was awarded a contract to supply and install 12 units of air conditioners.

The anti-graft agency alleged that four units of refrigerators at SEC Lagos zonal office were bought by SEC for N3. 4 million contrary to and punishable under Section 12 of Corrupt Practices and Related Offences Act, 2000.

ICPC also alleged that, among things, used his position as SEC DG to gratify himself when Outbound Investment Limited was awarded the contract to supply and install 12 units of air conditioners and four units of refrigerators at SEC Lagos zonal office by the Commission, thereby committed an offence contrary to and punishable under Section 19 of the ICPC Act.

The ICPC alleged that Muhammad, on about Nov. 15, 2015, while being a public officer used her position as Principal Manager at NIMC to gratify herself.

ICPC alleged that when Outlook Communications Limited, where she was a shareholder and director was awarded a contract to air a 60-minute awareness campaign radio jingles on e-dividend in the North-East region for the sum of N798 million, contrary to and punishable under Section 19 of the ICPC Act.

She was further, alleged to have knowingly and directly held a private interest as a shareholder and director of Outlook Communications Limited, which was awarded a contract to air a 60-minute awareness campaign radio jingles on e-dividend in the North-Central states for the sum of N1. 3 million by SEC thereby committed an offence contrary to and punishable under Section 12 of Corrupt Practices and Related Offences Act, 2000.

Both defendants pleaded not guilty when the charges were read to them in court.

Counsel for Gwarzo, Mr Omokayode Dada, however, moved the motion for his bail and urged the court to grant the first defendant bail.

On his part, counsel for the second defendant, Chief Adegboyega Awomolo, SAN, drew the court’s attention to her absence in court on Feb. 18, when the matter first came up, which prompted a bench warrant for her arrest to be issued.

He informed the court that Muhammad’s absence in court was sue to her ill-health, adding that ICPC had effected the warrant order.

He then withdrew a motion for appeal and affidavit of urgency filed on the second defendant behalf, seeking the court to set aside the bench warrant order.

He said that this was due to the fact that ICPC had given effect to the warrant.

Awomolo subsequently moved bail application for Muhammad, assuring that she would not jump bail if granted bail.

Ruling in the defendants’ bail applications, Justice Adeniyi held that bail was not meant to set the defendants free but to ensure their attendance in court to face trial.

He added that the defendants were statutorily entitled to bail in accordance with the provision of the Administration of Criminal Justice Act, 2015.

Justice Adeniyi, therefore, admitted each of the defendants to N10 million bail with one surety in like sum.

The judge ordered that the defendants be remanded at Kuje Correctional Facility pending the fulfilment of their bail conditions.

He then adjourned the matter until April 22 and April 23 for commencement of trial.