Emir of Kajuru And 13 Family Members Abducted By Bandits 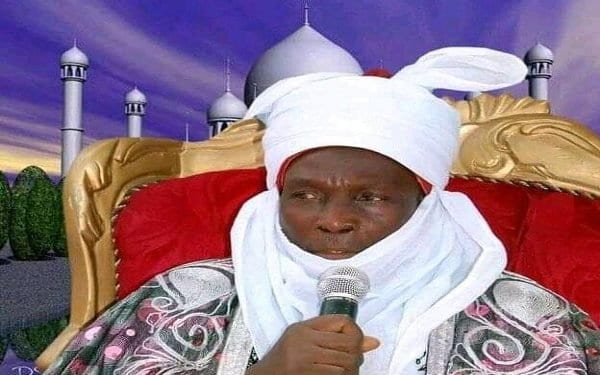 Bandits have kidnapped the Emir of Kajuru and 13 of his family members, including two of his grandchildren, in a late-night attack in Kajuru Local  Government Area of Kaduna State.

The bandits swooped on the Emir in the early hours of Sunday morning, just six days after the abduction of 121 students of Bethel Baptist school in neighbouring Chikun Local Government Area.

It was gathered that the bandits numbering over 200 stormed the emirate, firing gunshots, before proceeding to the Emir’s palace and taking him and 13 members of his family away.

Three women, two of his grandchildren, three of his aides and five others were abducted. 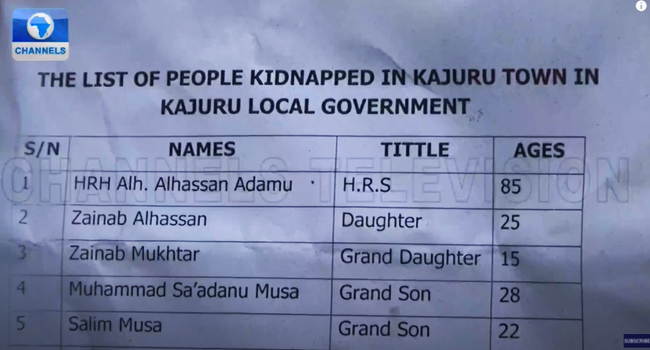 Spokesman of  Kaduna State Police Command,  Mohammed Jalige, who confirmed the incident, said the 85-year-old second-class traditional Ruler was kidnapped from his palace.

He said that a combined team comprising members of the Police Mobile Force, Operatives of  Operation Puff Adder and Anti-kidnapping squad of the Kaduna State Police Command have launched a manhunt for the kidnappers, with a view to rescuing the victims and arresting the criminals.

The abduction is the latest in the LGA, which is 30 kilometres away from the state capital, and has become notorious for kidnappings.