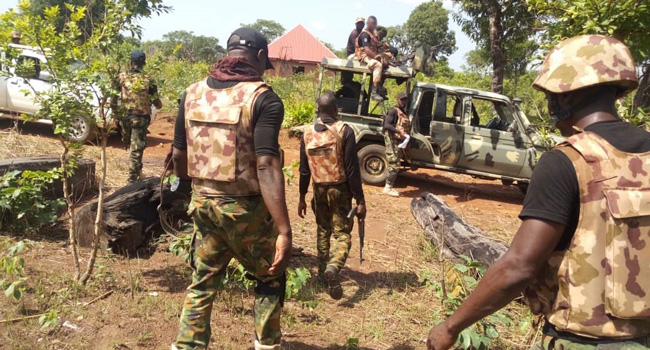 The Nigerian military on Saturday said its operation in the nation’s North-West has been hugely successful based on “active resumption of farming, social and economic activities by the locals with reduced fear of threats in their localities.”

The North-West has recently been bedeviled with incessant kidnappings, cattle rustling and wanton killings, prompting calls for the sack of security service chiefs and the resignation of President Muhammadu Buhari.

On Friday, the President acknowledged security agencies ought to do better in safeguarding the region.

However, in a statement signed by Acting Director of the Defence Media Operations, Brigadier General Bernard Onyeuko, the military said the flag-off of Operation Sahel Sanity on July 6 has yielded significant results.

“The aim of the operation is to support Operation HADARIN DAJI in stemming the tides of the activities of armed bandits, cattle rustlers, kidnappers, incessant killings and other sundry crimes in the North-West zone of the country,” Onyeuko said.

“These acts of criminalities orchestrated by the bandits had before now crippled the agricultural, social and economic activities of the people of this zone.”

Onyeuko said the people of the North-West felt the operation’s “immediate impact” as the military recorded “tremendous successes” withing a “short period of time.”

“The gallant troops of Operation SAHEL SANITY within the period under review has carried out series of clearance operations, ambushes and other aggressive and confidence-building patrols within Sokoto, Katsina and Zamfara States,” Onyeuko said.

“These operations has led to the rescue of kidnapped victims, recovery of rustled cattles, arrest of suspected armed bandits, arrest of bandits informants and collaborators.

“Furthermore, there were recoveries of large cache of arms and ammunition as well as recovery of motorcycles and other bandits logistics within the period.”