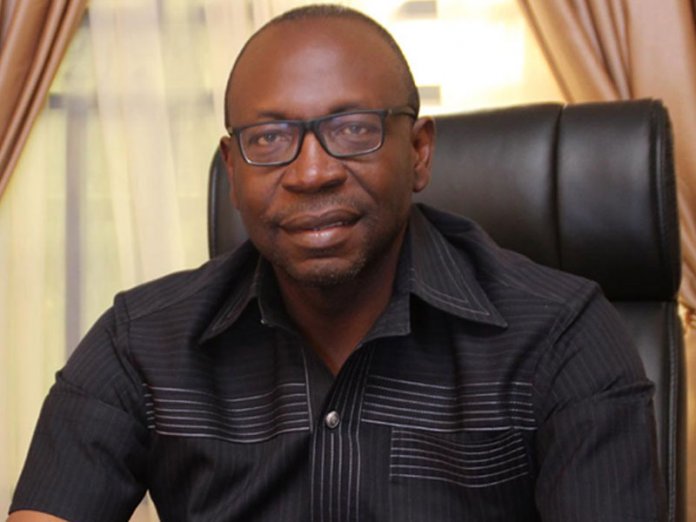 Amid political undercurrents rocking the party ahead its primary, two governorship aspirants of All Progressives Congress (APC) in Edo State, Dr. Pius Odubu and Pastor Osagie Ize-Iyamu yesterday decried plot by some individuals to destabilise the party.

In separate statements yesterday, the duo lamented that some people were plotting to cause disaffection among the governorship aspirants of the APC in the state.

A meeting held on Thursday in Benin City with a plan to produce aimed a consensus aspirant to face the incumbent governor, Mr. Godwin Obaseki ended in a deadlock.

In a write-up after the meeting, Mr. Sebastian Okungbowa, claimed to be Odubu’s supporter, indicted Okunbo, APC National Chairman, Mr. Adams Oshiomhole and the APC National Leader, Senator Bola Tinubu of plotting to manipulate the process in favour of Ize-Iyamu.

But Ize-Iyamu, who contested the 2016 governorship race on the platform of the Peoples Democratic Party (PDP), claimed that some persons had sponsored articles and other media contents against aspirants seeking the ticket of APC including Odubu, Dr Chris Ogiemwonyi and General Charles Airhiavbere.

He said the articles “are products of a campaign hatched by those seeking to cause disaffection and disunity amongst the aspirants who are jointly committed to the ultimate objective of returning Edo state back on the path of growth and development after four years of misadventure.

“Some people terrified of the camaraderie between the aspirants seeking to obtain the ticket of the All Progressives Congress, Edo State Chapter, have commissioned writers and other bloggers unknown to the Ize-Iyamu campaign organisation to generate contents aimed at disparaging aspirants.

“I, Pastor Osagie Ize-Iyamu holds in the highest esteem, Odubu, Ogiemwonyi, Airhiavbere and the other aspirants and remains committed to the agreed accord amongst them.”

Odubu, the state’s former deputy governor, apologised to the affected leaders, though said he “did not authorise such a despicable write up. Okunbo, Tinubu and Oshiomhole are men of impeccable character and I have uttermost respect for all of them.”

”
The former deputy governor warned that nobody should under any guise associate him with anything that would cast aspersion on their hard-earned reputation.

He said the author of the write-up “is not known to me neither does he have my authority to do what he did. I did not authorise this piece directly or through any of my agents that was intended to cast aspersions on the integrity and highly earned reputations of the leaders under reference.”

Likewise, Okunbo denied involvement in the state’s partisan politics in a statement he personally issued yesterday, noting that he should not be dragged into the politics of selection of a consensus aspirant amongst the five aspirants loyal to Oshiomhole.

Okunbo, a billionaire oil magnate, equally denied the report that he had pledged to fund Ize-Iyamu’s campaign and that he had already introduced him to the APC leader.

Okunbo said his attention had been drawn to the attempt by some unscrupulous persons to drag his name into the murky politics of Edo’s forthcoming governorship polls, scheduled for later this year.

He said: “It is, from all intents and purposes, infantile, silly and odious. It is the height of mischief and evil to drag a man who has been quietly minding his business into the political arena, which he has chosen to distance himself from.

“One of such malicious write-ups sprang up in the aftermath of the alleged botched shadow primaries to pick a consensus candidate among APC aspirants, seeking to challenge the incumbent governor, Mr. Godwin Obaseki.”

Okunbo noted that he was neither involved nor a participant in the process of picking aspirants in the Edo governorship 2020 election.

Specifically, he disclosed that he maintained “a close relationship with all the aspirants in the Edo governorship race. First, the governor, Mr. Godwin Obaseki, is a friend and brother. We are supporting him in the discharge of his electoral mandate.

“Pastor Osagie is a friend and a younger brother also; ditto the other aspirants. So, it is absolutely nonsensical to say that I attempted to manipulate the shadow primaries for a preferred candidate. It is mischief taken too far.”

Okunbo debunked another claim that he led Ize-Iyamu to Tinubu’s residence, noting that he never introduced any aspirant to the APC national leader.

“The last time I saw Asiwaju Tinubu was at the birthday party of the Esogban of Benin kingdom, Chief David Edebiri in Benin City. When did this phantom visit take place? I wish to state that I am not a coward. I have never been. I do not hide behind a finger when I speak or take a position on any issue.

“In Edo race, I have chosen to stand aside from the fray for personal and private reasons. I do not want to get involved. I am not involved. From 1999 to 2015, when I got involved in the political process, I have learnt my lessons; sometimes hard lessons,” the businessman disclosed.