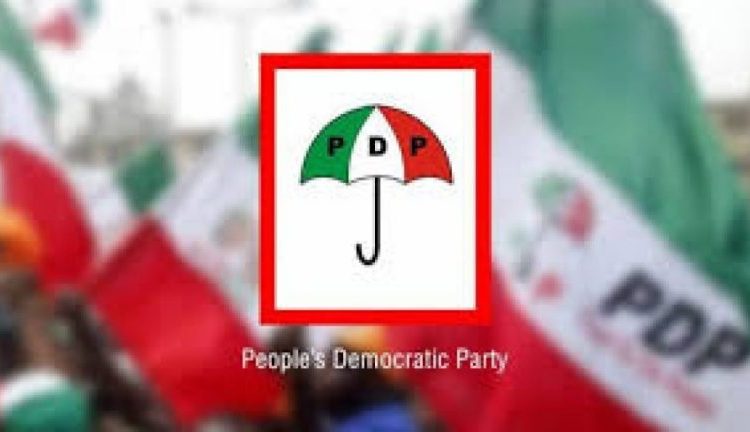 Former governor of Anambra State, Chief Chukwuemeka Ezeife, has disagreed with 12 governorship aspirants on the platform of the Peoples Democratic Party (PDP) over zoning of the party’s candidate to the Anambra South Senatorial District.

In a statement he personally signed and made available to Nigerian Tribune in Awka, on Monday, Ezeife said any eligible person from the state could participate in the poll irrespective of the Senatorial District.

He described a communique by the 12 PDP aspirants from Anambra South Senatorial District, stating that only those from the zone could participate in the poll was made in bad faith.

The statement reads: “I am in possession of a communique signed by 12 PDP aspirants who are from Southern origin. They based their communique on the provisions of PDP Constitution, Article 7. They made special appeal to PDP about zoning. This is very good. I am an apostle of zoning too even though PDP in their wisdom decided not to zone the governorship seat in Anambra State.

“However, I did not see the name of my daughter, distinguished Senator Uche Ekwunife on the list of those who signed the communique, or have the signatories began a discriminatory process against her? Uche Ekwunife is from Igbo-Ukwu in Aguata Local Government, Anambra South Senatorial District.

“She possesses the traditional and constitutional rights as all of us from Anambra South. This is a known fact. I joined her to submit her nomination forms at PDP headquarters. Even the result of the screening committee made it clear that she has dual citizenship; Anambra South and Central.

“But aside all these, I believe that Sen Uche Ekwunife has the constitutional rights as any Anambrarian to vie for the position of Governor, either from Central or South Senatorial District. It’s her right, I strongly believe.

“Even when Governor Peter Obi in his wisdom decided that the governorship should be zoned to Anambra North, a lot of Aspirants from both South and Central still contested. The Aspirants from the North never made a joint communique to anyone on the subject matter. So to me, this communique may have been in bad taste.”

Nigerian Tribune learnt that the twelve governorship aspirants led by Dr Godwin Maduka, had said without zoning the governorship position to the South Senatorial District, PDP would lose the November 6, poll.

Maduka said, “I’m not in the race because of zoning, but PDP has to field someone from the south if they have to win.

Similarly, a former President and Chief Executive Officer of Transnational Corporation of Nigeria, Chief Valentine Ozigbo, who is also contesting on the  PDP platform said, “If someone outside the 12 of us from the zone wins the PDP primary election, what it simply means is that PDP is not in the race”.

The PDP state chairman, Ndubuisi Nwobu, while assuring the 16 aspirants on party’s platform of level playing ground said the contest was free for all.