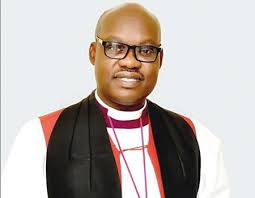 I am beginning to wonder whether there is any sense in stopping church services at this time. I am not unaware that many will rush to criticize this statement, and it would not disturb me only if they are objective comments. Until now I have shared the position that it makes sense to close places of worship in order to support government’s effort to avoid the spread of the deadly corona virus amongst us. This makes sense because the church exists for the local community and the society at large. This is important given that the central message of the gospel is for the church to bring life to the people, and that the gospel when it is preached and received may deliver people from the kingdom of darkness and translate them into God’s marvellous light. Consequently the church lives to ensure that its local community and the large society enjoys life not only spiritually but also physically.
Many people have been quick to cite the fact that the Pope in Rome has closed the church so that even its Easter service was conducted before an empty congregation save that worshippers could follow from the comfort of their homes via the television and other online sources. Some have also added the situation in Saudi Arabia to challenge the Muslim faithful about the importance of not going to the mosque. I should add that in my own tradition the Archbishop of Canterbury and Indeed the entire Church of England have for some weeks now closed its doors to public worship as part of the effort to fight the Covid-19 disease. While as a church man I agree that the church has a duty to pay any sacrifice to save the lives of people from being infected by this disease, the reality on ground must now cause us to revisit and challenge this position.
In the first instance it seems that the comparison between Rome or United Kingdom and our country is not a genuinely valid one. In the UK or Italy for instance the churches are not only closed the market is not running and movement of people is reduced to only unavoidable ones. I know that in the UK you could be stopped by the police to show your evidence for going out. So churches could not open in such context because it is dead serious and government is serious about enforcing it.
Secondly, their contexts make staying out home somewhat easier. The citizens could order for their essential needs and have the delivered to their door steps. Economically, the people have the resources to deal with that. The situation is not so in our country. So this is a problem.
Consequently, open African markets are running here. And this would seem to be entirely incomprehensible where churches are being asked to close. Today while shops are being forced to close, the market is running as usual with plenty of people moving without keeping any social distancing and without maintaining any of the protocols that the NCDC has commissioned. So it would seem dangerous then that we continue with this risky practice while churches are closed. We may have to revisit this before we are seen to be discriminating against worshippers.
Churches are in fact well organised and better placed to maintain social distancing and observe syndicated worship as they had started before this total ban. Some have in fact, started breaking their services into smaller groups to avoid big gatherings. In our considered opinion, if corona virus is going to spread at all around us, heaven forbid, it cannot be in the context of worship, but much more in our traditional market context. It would seem therefore to amount to paying lip service to fighting this virus if markets are allowed to function as usual while churches and mosques are closed.
In Ondo State, churches and mosques are closed. In Ekiti State, churches and mosques are closed with stay at home order for the citizens but they are allowed to go out to the market on Tuesday and Thursday between 6am and 2pm. In Oyo State, you are not allowed to travel out of the state while churches are also closed, yet markets are running except for a couple of them.
Put together it would seem to me that while the leaders of our respective states are trying to reduce the risk of covid-19 in our land, the fight is no longer thorough. If churches and religious centres are closed markets must close fully otherwise churches and religious centres that can maintain syndicated worship should be allowed to practise corporate worship subject to keeping the rules of this game. We must not be seen to deprive genuine and disciplined worshippers of the opportunity to gather and pray together while we are breaking the rule of social distancing and compromising public health by allowing traditional markets to run in their usual manner. In fact, whether it is Oyo, Osun, Ekiti or Ondo, at the end they may not be fighting this disease as long as markets open. I pray this is not seen as religious discrimination. Look really at where the risks are high. The church is a partner in maintaining public health and not an enemy. Let the people meet to pray and worship in a scattered manner. In the meantime, I ask that we continue to pray for divine intervention in this matter but also for courage for our leaders as they seek to curtail the spread of the disease.