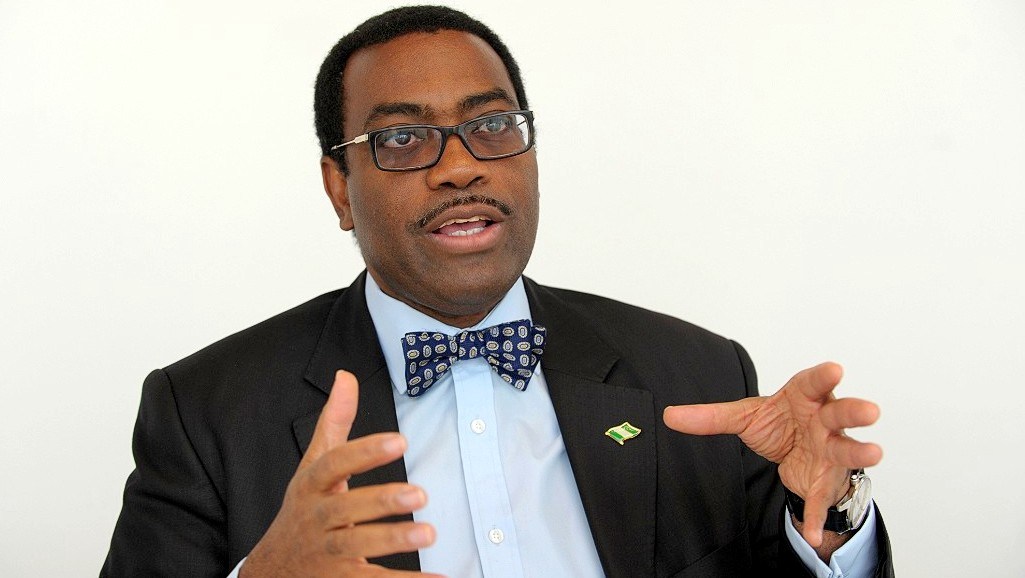 Following the shrinking fiscal space that resulted from the outbreak of Covid-19, the President of African Development Bank (AfDB), Dr. Akinwumi Adesina has said African governments would need about $154 billion to close the fiscal gap created by the pandemic this year.

Adesina, who was Nigeria’s Minister of Agriculture and Rural Development in the President Goodluck Jonathan administration, has equally disclosed that the debt stock of all African countries would rise from $1.8 trillion in 2019 to $2.1 trillion by the end of 2020, amounting to 16.66% increase.

The ADB president reeled off these figures during an interview with Ms. Aubrey Hruby, Senior Fellow, Africa Centre, Atlantic Council, on Wednesday with focus on AfDB’s response to the coronavirus, fiscal space, the informal economy and innovations in the face of COVID-19, among others.

Based in Washington DC, the Atlantic Council is a nonpartisan organisation that galvanises the US leadership and engagement in the world, in partnership with allies to shape solutions to global challenges.

However, during the interview session, Adesina acknowledged the enormity of the socio-economic crisis that the pandemic had brought upon the continent’s struggling economy projected marginally before its COVID-19.

“We all live in a very challenging time. It is a time in which we face existential risk. This is a pandemic that has caused economic challenges of unprecedented dimension. In all parts of the world, we are in this together,” he said.
With over 3,095 deaths and about 100,000 cases already confirmed on the continent, Adesina described the impact of Covid-19 as disconcerting with the possibility to precipitate a 1.7 per cent GDP loss in moderate scenario and a 3.4 per cent GDP loss in the worst scenario.

By implication, he noted that the GDP of Africa “could decline significantly. It could be about $157 billion in 2020 to $212 billion in 2021. Of course, African governments do not have fiscal space to address this. Obviously, they need to have external support. But we are not waiting on that.”

Apart from the launch of $10 billion facility, Adesina also noted that the bank had already launched “a really unprecedented social bond on the global market for $3 billion. We are able to do it at coupon rate of 0.75 per cent.
“It is the largest social bond that is in the US dollar-denominated in the world history. We have been doing a lot of things to be proactive in supporting African governments. I believe the amount of money still needed is quite a lot.”
But, with the fiscal gap the pandemic had created in virtually all the countries on the continent, Adesina noted that African governments “will need $154 billion to enable them effectively deal with the fiscal gap that we have this year. A lot has been done. But a lot needs to be done.

“During this particular period, we all agree that we have to do what the doctors tell us. We have to do social distancing. And everybody is doing social distancing. That is fine. But what is not acceptable is fiscal distancing.
“We must realise that what this pandemic has actually shown us is that huge amount of inequalities globally, loss of durability especially in part of the world, where incomes are low and a lot of poor people do not have social protection.

“Africa falls into that category. We were just talking about fiscal space. For instance, we estimate that the fiscal deficit of African countries will go up by 3.4 per cent or 4.9 per cent. That means they will need between $110 billion and $154 billion to be able to close that particular gap.”

He said Covid-19 happened at a particular time the African governments “cannot, like the US, launch stimulus package. The degree of freedom they have on the macro space is very limited. The amount they have in terms of fiscal space is very tight. It is like you got a bucket, but is literally dry.”

As the rest of the world deals with it through fiscal stimulus, Adesina said the issue of debt “has also come up. Because of the economic shocks from this pandemic, the currencies in many countries have been devaluated. With that devaluation obviously comes the cost of servicing debts.”

He observed that the debt “will continue to rise. Access to liquidity is becoming a problem. That is why we started a conversation. G-20 actually started that conversation about what can be done to address the debt issue in Africa.