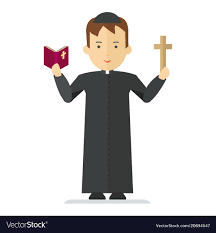 Three Christians, including an Anglican Priest and a Catholic Priest, who stopped a DLR train at Shadwell station in London in 2019 in protest at inaction on the climate emergency, were lawfully exercising their right to peaceful protest, a jury has found today.

Rev Sue Parfitt, 79, Fr Martin Newell, 54, and Phil Kingston, 85, all members of Christian Climate Action, were found not guilty of obstructing trains or carriages on the railway under the malicious damages act. Sue and Martin stood on top of the train and Phil glued himself to the outside of it then prayed with other members of Christian Climate Action. They told the jury at Inner Court London that they took the action in desperation after trying everything else they could think of to draw attention to the climate emergency.

Speaking outside court after the verdict, Fr Martin Newell said that while he is delighted with the verdict he is still willing to take action that risks a prison sentence, adding:

‘I’m very grateful to the jury for acting on their conscience and hearing the issues that we wanted to raise in the original action two-and-a-half years ago. The climate emergency is the biggest issue facing the human race in our time and nothing is more important than dealing with that. Despite the words that many governments have said about it being urgent, they’re just not doing it.’

‘When a jury hears the truth about the escalating climate crisis, with the depth and seriousness they won’t get from the government or the media, they understand the urgent need to act. The real criminals here aren’t three committed Christians risking their liberty to sound the alarm on a threat of existential proportion, but a government failing to do what’s necessary to safeguard the future of the human race.’

All three defendants told the jury they were compelled by their faith to take action to protect God’s creation and prevent run-away climate change. Kingston also said he was taking action ‘for the future of my grandchildren and for the future of yours’.

During the trial the jury was presented with a set of facts, agreed on by both the defence and the prosecution, about the escalating climate crisis. These agreed facts included that: “Climate change is a clear and imminent threat to human civilisation. It has become increasingly widely recognised that immediate substantial action needs to be taken in order to stabilise the climate at a temperature in which we can avoid massive and widespread loss of life”.

This trial follows the acquittal by a jury in December of six people, also all members of Christian Climate and known as the DLR ‘Canaries’, who were charged with the same offence during an action at Canary Wharf station in April 2019.

In that case, as in this one, the jury was directed by the judge to decide whether a conviction was “necessary in a democratic society” or whether it would be a disproportionate interference in the defendants’ human rights. The ‘Canaries’ jury returned a unanimous Not Guilty verdict in less than an hour.

The issue of proportionality – arising from the Supreme Court’s recent Ziegler ruling – was also one of the defences used by the ‘Colston 4’ – who toppled a statue of a former slave trader – in their trial which concluded last week. The four were acquitted by a jury in Bristol after removing a public statue of the slave trader Edward Colston.