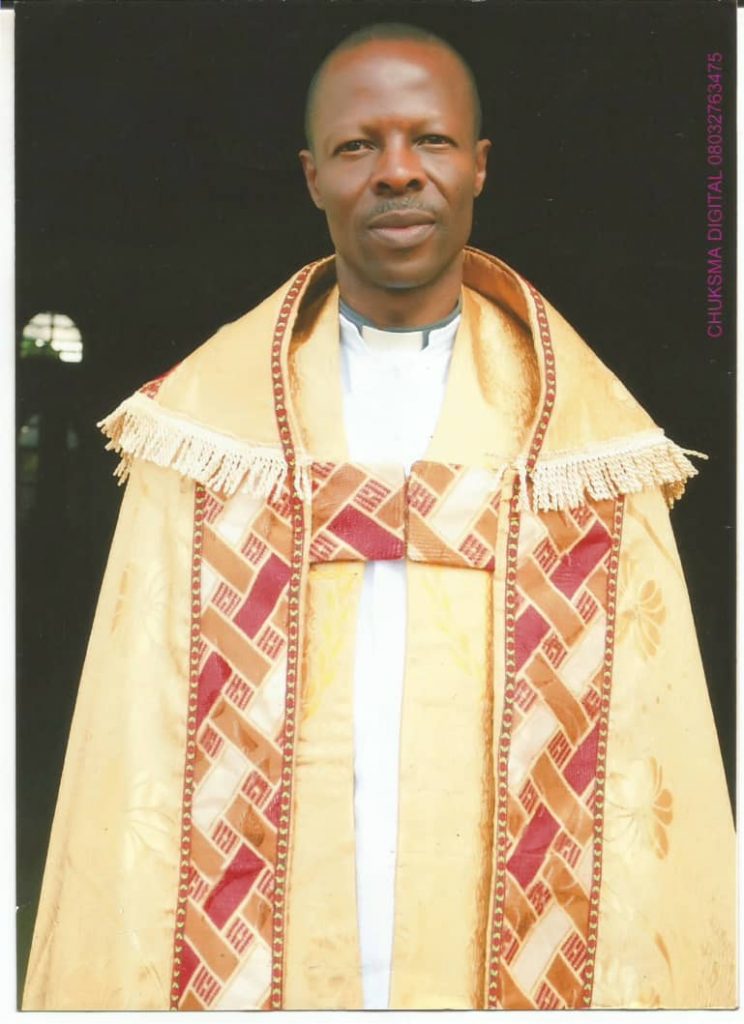 The Church of Nigeria (Anglican Communion) on Thursday, November 14, 2019 elected a new Bishop, The Ven. Felix Unuokhe Olorunfemi to fill the vacancy in the Diocese of Etsako.

The election was made at an Episcopal Synod held at the National Christian Centre, Central Business District in Abuja after the annual Divine Commonwealth Conference (DIVCCON 2019).

The election came as a result of the vacancy created by the translation of the bishop of Etsako, The Rt. Rev’d Jacob Bada to the diocese of Akoko where the bishop retired.

The Ven. Felix Unuokhe Olorunfemi, a Priest serving in the Diocese of Ika (Anglican Communion), was born on Wednesday 8th of June, 1966 to the family of Sir & Lady Josiah Olorunfemi (of blessed memory) of Okpella in Etsako East Local Government Area of Edo State, Nigeria.

The Ven. Felix Olorunfemi started his primary school in 1972 at St. Paul Primary School (now Afegbua Primary School) Awuyemi Okpella and obtained his First School Leaving Certificate (FLSC) in 1979. He then proceeded to Ikpomaza Grammar School, Awuyemi Okpella and our Lady of Fatima College, Auchi between 1979 and 1986 where he obtained his General Certificate of Education (WAEC) Ordinary level.

Between 1987 and 1991, the Ven. Felix Studied English and Literary Studies at the then Bendel State University (now Ambrose Alli University), Ekpoma and obtained the Bachelor of Arts (Hons). He did the compulsory one year National Youth Service Corps (NYSC) with the Scripture Union (Nig.) Press and Books Ltd., Ibadan, Oyo State between 1991 and 1992 as Desk Editor and was retained in the establishment after the service year.

The Ven. Felix was baptized on the 25th December, 1966 at St. Paul Church, Ifon in the Diocese of Ondo by the Rev. E. Odusanya of blessed memory and confirmed in 1982 by the Rt. Revd. J. W. Idahosa of blessed memory, Bishop of Benin Diocese. He was an active member of the Choir and the Anglican Youth Fellowship.

The Ven. Felix U. Olorunfemi was admitted at the Ezekiel College of Theology, Ekpoma in 2002 and graduated in 2005 with a Diploma in Theology. To further his writing skills as one saddled with the responsibility of producing Bible Study manuals for both adult, teenagers and children in the Diocese of Ika, Felix went back to Ambrose Alli University, Ekpoma for a Master of Arts degree in Stylistics (in view). He also attended the Church of Nigeria (Anglican Communion) Advanced Course in Church Ministry in 2013 and thereafter completed the Levels 1 – 3 of the Langham Expository Preaching Seminars (Langham Partnership International) in 2013.

The Ven. Felix Olorunfemi taught the Senior Class English Language, Literature in English and C.R.S. at Mary and Martha Juniorate Convent, Igbodo between 2002 and 2007 under the then Principal, Ven. Godfrey Ifeanyichukwu Ekpenisi now the Rt. Rev’d Godfrey I. Ekpenisi, Bishop of Ika Diocese.

The Ven. Felix is a passionate teacher, preacher and expositor of the word of God. This he has done consistently in all the stations he has been privileged to serve. Under him as Director of the Directorate of Mission and Evangelism, there was vigorous pursuit of the Diocesan Vision and Mission Statement: To enhance the mode of worship, teach and preach the word of God in all our Churches.

The Ven. Felix Olorunfemi is an author and playwright and has the following publications to his credit: Dare To be Different (2003); The Consequence (2016) and Heart of the Shepherd (2016).

Other works waiting to be published include: The Detractor, The Forgotten Companion, Under the Fig Tree, The Bible Way of Giving and Redeeming The Time.