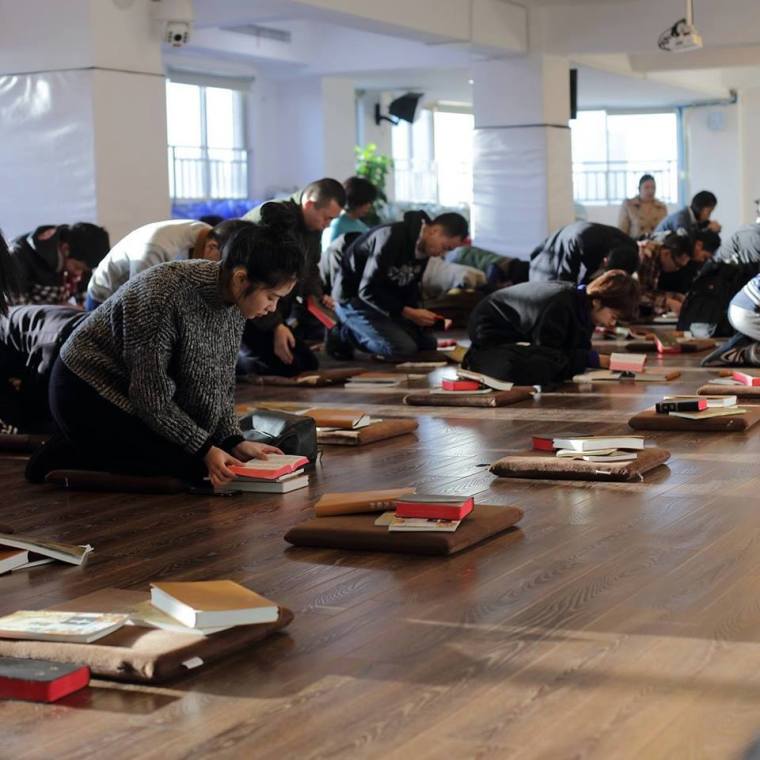 A member of China’s Early Rain Covenant Church says the Chinese Communist Party continues to persecute members of the church by threatening to send their children to government re-education camps or forcibly remove adopted children from their parents.

In a video released Wednesday alongside a new report by International Christian Concern, Liao Qiang, a member of ERCC in Chengdu, said that despite shuttering the church and jailing Pastor Wang Yi in December of 2018, the CCP continues to harass its members.

Qiang said in the video accompanying ICC’s new report on Religious Suppression in China that his family was forced to leave China and flee to Taiwan with his extended family “because the Chinese Communist Party is limitless in its persecution.”

“They not only threatened us, normal adult, normal church members, but they threatened our children,” Qiang said. “Some of our members have adopted children, and CPC forcibly sent the adoptive children back to the original family. That is the main reason why we fled China. Because we can’t guarantee our adopted child would not be taken away by them.”

Communist officials removed four adopted children from one ERCC family, returned them to their biological parents and eventually dispersed them among other homes, Qiang said.

“This is a living tragedy,” Qiang said. “Their constant oppression made me feel we must flee China, because our children are most important to us.”

An earlier report from ICC documented authorities’ forced removal of children from the home of church members Pei Wenju and Jing Jianan. CCP officials told them their adoption papers were no longer valid because their children were “trapped by an evil religion.”

In addition to seizing children from their Christian parents, the CCP also threatened to send Christian children to government re-education camps and ordered parents to refrain from enrolling their children in church schools, Qiang said.

Qiang called on U.S. media to report on the oppression of religious minorities occurring across China. Transparency, he said, is one of the communist regime’s greatest threats.

“The biggest help is to report the persecution. Report it fairly. We aren’t saying the U.S. government should put pressure on the Chinese government. This isn’t what we hope for,” Qiang said. “What CPC is most afraid of is being exposed. They are afraid of transparency. We don’t want the government or the public to pressure CPC. Because under such circumstances, CPC will definitely intensify religious persecution. The worse China-U.S. relations get, the more CPC persecutes Christians.”

According to Qiang, China continues to persecute Christians to gain leverage in future diplomatic relations with the U.S. He added that the CCP “makes you think that they are willing to compromise because they know Americans care about freedom of religion. If China makes a concession in religious freedom, then the U.S. should compromise in trade.”

“It’s CPC who politicizes religious freedom, not Christians,” he stressed.

Gina Goh, ICC’s regional manager for Southeast Asia and the author of the report, explained that Christians like Qiang are hesitant to ask the U.S. for intervention because doing so would likely invite further governmental persecution.

“Even receiving interviews in Taiwan, [Qiang’s] family was harassed by the government,” she said, according to Baptist Press. “You can imagine if they stand out and say, ‘We want the U.S. government to do something for us,’ that would probably invite more persecution. But I don’t think that contradicts with other people’s efforts to try to do things on behalf of them.

“I think that’s all the more reason for us to actually speak on behalf of them, because they are not in a position to openly condemn or actually invite sanctions or punishment upon their government.”

The ICC report documents how the CCP routinely targets Christians through its legal framework, Sinicization, closure or demolition of churches or places of worship, arresting of Christians, and social pressure.

Such persecution is part of Chinese President Xi Jinping’s efforts to stamp out religion and enforce greater control over people’s lives.

“With the intensified crackdown against churches, both state-sanctioned and underground, there is no longer a safe place to be a Christian in China,” Goh wrote in the report.

She said that while “almost every province in China has seen Christian persecution on the rise” Henan and Anhui provinces in particular “have a high percentage of Christians,” and have seen active “cross demolition campaigns.”

“Thousands of crosses have been removed since 2018, with some churches leveled to the ground,” Goh wrote. “Deteriorating Sino-U.S. relations could further encourage crackdown against churches in 2020.”

Still, the report includes a note of optimism, noting that “history has shown that Beijing’s attempt to control religion with a growing number of unlawful regulations will prove unsuccessful. Like Christianity in North Korea, persecution may force believers underground, but it can never eradicate the faith itself.”

On Thursday, Save the Persecuted Christians, a leading international human rights advocacy group, delivered an open letter to U.S. Attorney General William Barr asking him to designate the CCP as a “transnational criminal organization,” which the FBI defines as posing “a significant and growing threat to national and international security with dire implications for public safety, public health, democratic institutions, and economic stability across the globe.”

“For far too long, the world blindly ignored the menacing criminality of the Chinese Communist Party,” said Liz Yore, founder of YoreChildren and partner of Save the Persecuted Christians.

“The Trump Administration is rightly taking a tough stance against the unrelenting corruption and repression of the CCP. It is time that we speak the truth and call out the CCP in all its brutality. The CCP is a transnational criminal organization, and the Trump Administration needs to designate it as such, so that the full prosecutorial power of the federal government can outlaw these global gangsters. As Secretary of State Mike Pompeo promised, ‘we won’t stay still while Communist China tries to crush the world’s freedoms.’”

Open Doors USA ranks China at No. 23 on its 2020 World Watch List of the 50 most dangerous countries for Christians.