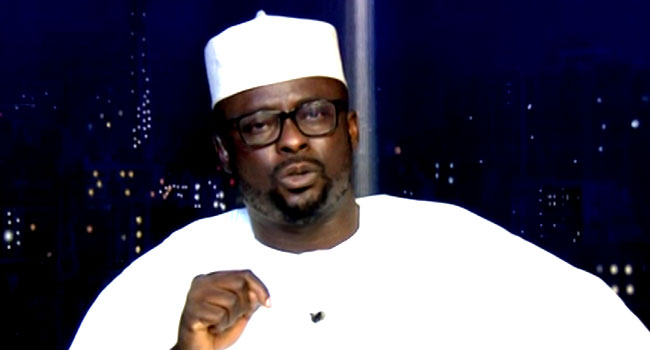 A member of the Peoples Democratic Party (PDP), Anthony Ehilebo, has offered some advice to President Muhammadu Buhari on how to address the numerous challenges facing the country.

Ehilebo, who is the PDP’s Head of New Media, believes the solutions to the nation’s problems lie in the statements issued in the past by the National Publicity Secretary of the opposition party, Kola Ologbondiyan.

“I will urge Mr President to go and read all the speeches issued by the spokesperson for the Peoples Democratic Party (PDP) because therein, he would find solutions to the myriad of problems that Nigeria currently faces,” he said when he featured as a guest on Channels Television’s Sunday Politics.

The PDP member added, “Don’t forget that this is the third time Nigeria is going into recession under this same person and it leads one to wonder where exactly we are headed as a country.”

Assessing the New Year speech of the President delivered on Friday last week, he noted that he woke up about two hours earlier but went back to sleep before the scheduled time.

Ehilebo who said he did not regret missing the President’s broadcast stated that the speech lacked any direction or a sign of hope for the country.

He stressed that there would be no doubt that Nigerians were disappointed with the speech, saying it showed he had not been listening to anyone, even the National Assembly that has asked him to rejig the nation’s security architecture.

The PDP member said, “If we are looking for leadership, for now, we don’t have leadership in Nigeria, and I am very sure every Nigerian is very certain and clear of this particular fact that leadership is currently absent in Nigeria.

“If anybody was looking up to the speech of Mr President to provide succour, it is very unfortunate that rather than do that, it just was an empty speech.”