President Muhammadu Buhari is holding a crucial meeting with the service Chiefs in the council chambers in Abuja as the lawmakers are calling for their removal following the worsening security situation in the country.

The meeting kicked off at 10 am with the Vice President, Yemi Osinbajo in attendance.

Also in attendance is the Chief of Defence Staff, Service Chiefs, the Inspector General of Police (IGP), Chief of Staff to the President, Ministers of Interiors, Defence and the Heads of the DSS, NIA and the DMI.

The issues to be discussed at the meeting may not be far from the rising security concerns across the country more so when the tenure of some of them have expired. 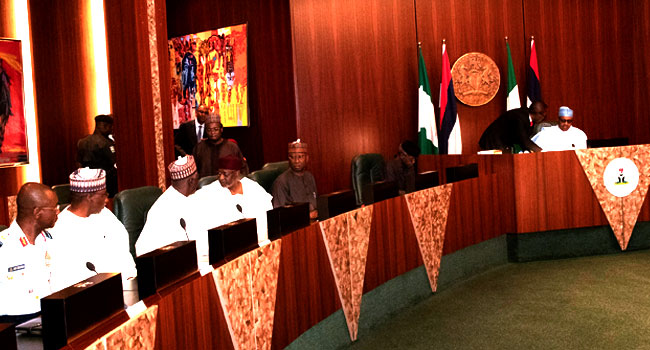 The Chairman of the Christian Association of Nigeria (CAN), Samson Ayokunle, and lawmakers are among those that have called for the removal of service chiefs in recent weeks.

Some senators on Thursday asked President Buhari to sack the Service Chiefs and also called for the resignation of the IGP, Mohammed Adamu.

The lawmakers made the demands in their respective contributions to the discussion on the security situation in the country during plenary yesterday.

Senate Minority Leader, Enyinnaya Abaribe in his contribution called for the resignation of President Buhari. He explained that his call for the President to resign was because he had failed to solve the security challenges in the country, years after Nigerians voted the APC government into power to address the problem. 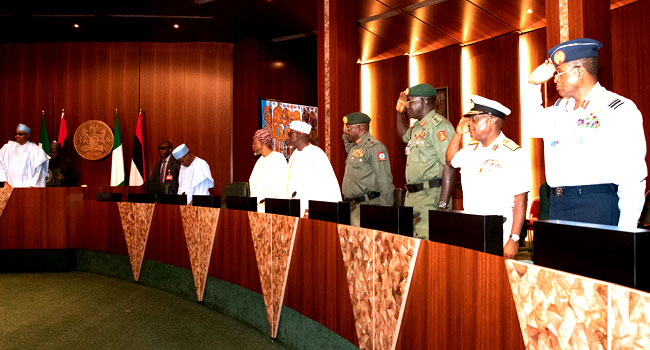 Members of the House of Representatives during plenary on Thursday also called on the service chiefs to resign their positions.

According to a member of the House, Abubakar Fulata, it will be to the detriment of the country “if these men keep doing the same thing repeatedly and expect a different result in tackling the security challenges Nigeria is grappling with”.