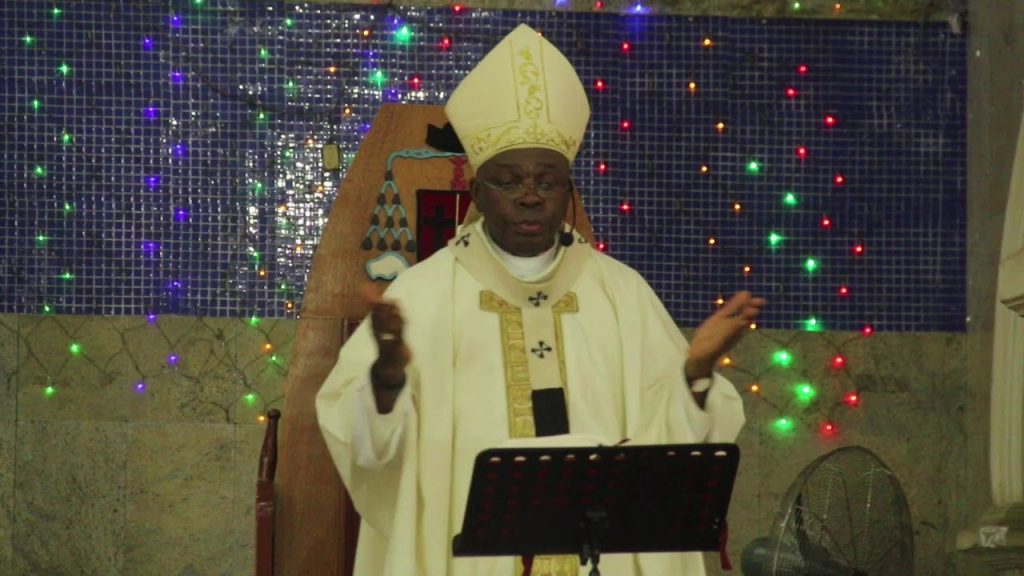 The Catholic Bishops’ Conference of Nigeria (CBCN) has declared that President Muhammadu Buhari has failed the citizenry.

The declaration followed the increasing insecurity in the country.

CBCN President, Archbishop Augustine Obiora, in a press release on Tuesday, also condemned corruption scandals and the state of the economy. 

The cleric insisted that Buhari had disappointed everyone who believed that he would deliver on his promises.

On killings, Obiora told politicians not to trivalise the situation and demanded that incessant attacks and loss of lives stop immediately.

CBCN said their hearts “are bleeding, and are more troubled when we hear of the massacre presently going on in Southern Kaduna. We want all the people suffering the incessant attacks in Southern Kaduna to know that all Catholics in Nigeria are praying for them.”

It urged the federal government to punish penetrators, adding that massacres do not help to further the agenda of any religious ideology or the ambition of any politician.

The body warned that there will never be sustained development if violence continued.

It condemned the unabated bloodshed of innocent people by religious fundamentalists without any recourse to justice for the victims.

CBCN reminded Nigerians that the Buhari government came to power with a promise to eradicate corruption, secure lives and property, and rapidly grow the economy

It listed others as the creation of jobs, an enabling environment that boosts the private sector, a significant increase in the supply of electricity, affordable and quality health care, and the revamping of the education sector.