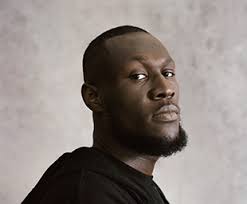 The money will go to UK organisations, charities, and movements fighting for black justice.

“The uncomfortable truth that our country fails to recognise and admit is that black people in the UK have been at a constant disadvantage in every aspect of life – simply due to the colour of our skin,” said Stormzy, whose real name is Michael Ebenazer Kwadjo Omari Owuo Jr.

The rapper, who collaborated with Burna Boy and Ed Sheeran on the hit song Own It in 2019, said people have often dismissed the idea of racism in Britain because of his success in the country.

“There are millions of us,” he continued.

“We are not far and few. We have to fight against the odds of a racist system stacked against us and designed for us to fail from before we are even born.

“Black people have been playing on an uneven field for far too long and this pledge is a continuation in the fight to finally try and even it.”

Stormzy’s donation comes as a wave of anti-racism protests inspired by the killing of George Floyd spread across the US, and parts of the UK and Europe.

In 2018, the rapper announced a scholarship that would pay tuition fees and a maintenance grant of up to four years for two undergraduate students in Cambridge and another two in 2019.