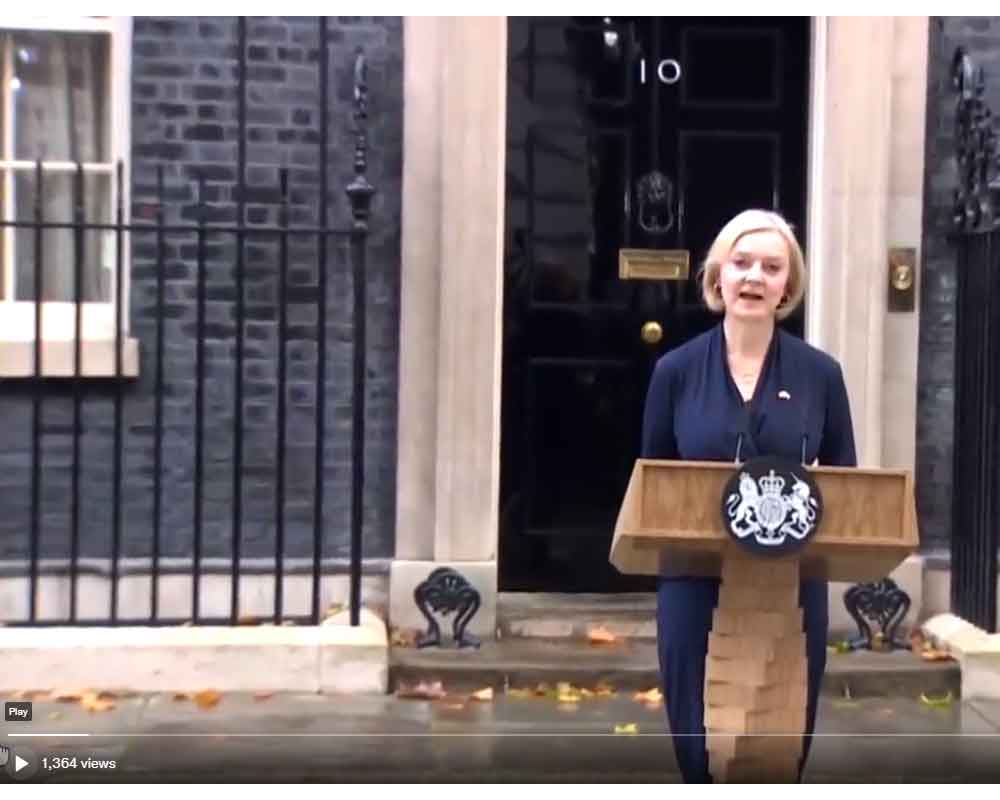 The new Prime Minister of the United Kingdom, Liz Truss, has resigned

Truss resigned from office just six weeks after she was appointed.

She had defeated Rishi Sunak by 81,326 votes to 60,399 in an internal contest after Boris Johnson’s resignation in July.

The lawmaker was the Conservatives’ fourth head of the British government since 2015, promising to unleash Britain’s potential by going for growth and removing the obstacles holding the country back.

She was brought down by her economic program that sent shockwaves through the markets and divided her Conservative Party.

A leadership election will be completed within the next week.

Speaking outside the door of her Number 10 Downing Street office, Truss accepted that she could not deliver the promises she made when she was running for Conservative leader, having lost the faith of her party.