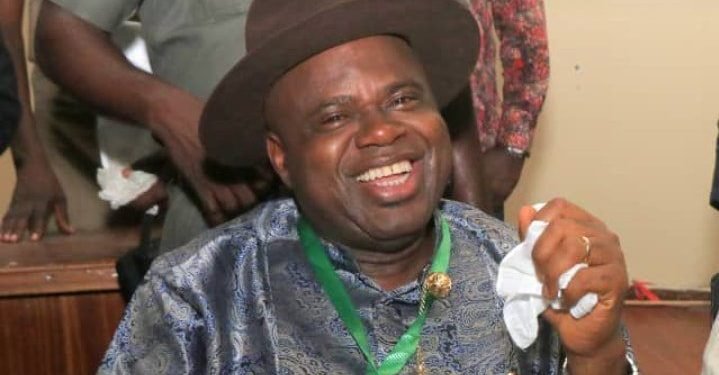 The court of appeal sitting in Owerri, Imo state on Tuesday dismissed an appeal filed by Ndutimi Alaibe which challenged the emergence of Douye Diri as the winner of the People’s Democratic Party (PDP) primary election in Bayelsa.

Alaibe, who was also a governorship aspirant of the PDP for the 2019 election, had instituted a suit against the party, Diri and the Independent National Electoral Commission (INEC) at the federal high court in Owerri.

The Court which on Tuesday affirmed the judgment of the lower court, dismissed the suit for lacking merit.

It would be recalled that Diri was on February 13, pronounced as Bayelsa state governor after the Supreme Court sacked David Lyon less than 24 hours before his inauguration as governor of the state.

Alaibe had dragged the governor and the @inecnigeria to court over what he described as a ‘flawed process’ of the PDP primary.

But a High Court judge Tijjani Ringim, had on March 10, dismissed Alaibe’s suit for lacking merit.

According to him, “Evidence available to me indicates that the process leading to the emergence of Diri as the candidate of the PDP in the September 3 governorship primaries in Bayelsa was legitimate.”

“I hereby dismiss this suit for lack of merit.”

Not satisfied with the ruling, Alaibe proceeded to the Court of Appeal.