The Bishop of the Diocese of Ondo, The Rt Rev. Dr. Stephen Adeniran Oni has taken a cursory look at Nigeria as Africa’s largest economy and populating to become the third most populous country in the world by 2050. 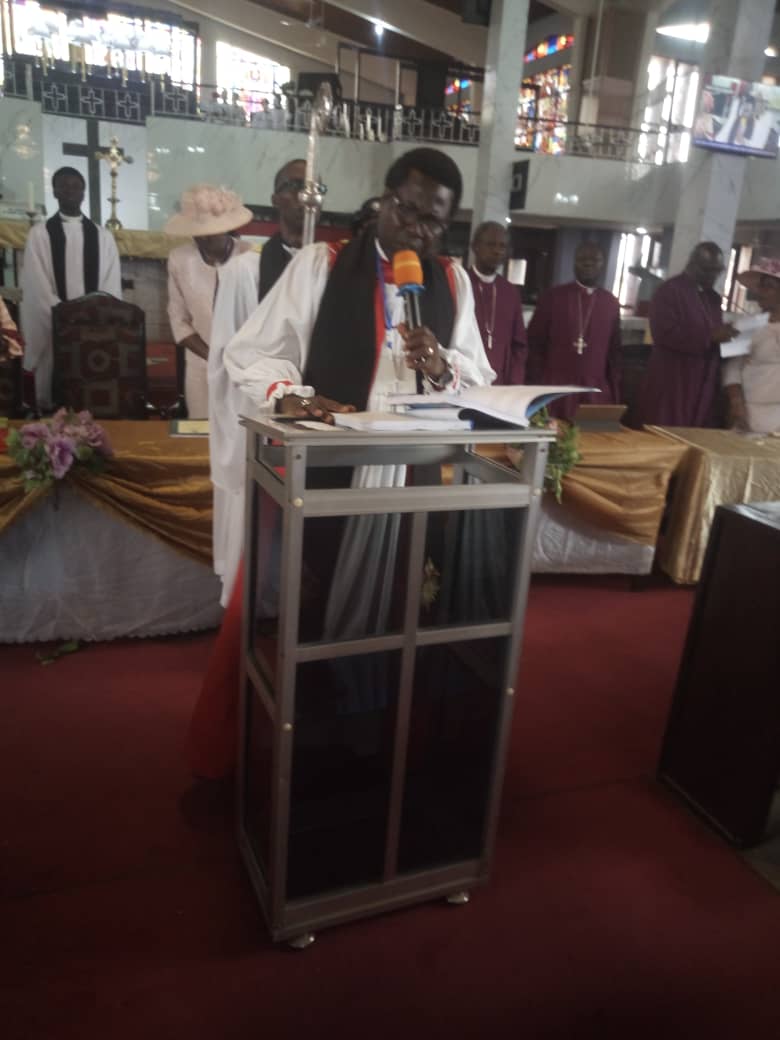 But a full analysis of associations is being challenged by oscillating and rising insecurity that could be traced to fractured history and contemporary ethnic conflicts and political corruption that is tantamount to the country not being a nation in the normal sense of the word. He said this is simply because Nigeria, through amalgamation, contains several countries not yet united by language, religion, culture, or a common national story within what is called a nation.

Stressing the need to completely throw away nepotism, ethnicity, and wicked party policies and strive to save Nigeria, presently bedeviled by all sorts of division, dissension, and insecurity the prelate passionately appealed to the President to address the lingering problems facing the nation as of today like 2023 general elections in view all that we witness on daily basis, unemployment, inflation rate/ poverty, Nigeria indebtedness,  banditry/insecurity, National grid collapse /poor electricity supplies, ASSU Strike/Labour unrest, Suicide, Drug abuse, Rampaging  Money Ritualist and all kinds of insurgencies.

Oni in his Bishop’s Charge to the Synod of the Diocese of Ondo, themed “Approved and Irreproachable Workman (2Tim. 2:15)” and held at the Cathedral Church of St. Stephen Oke-Aluko, Ondo City.

He stated that he was alarmed by the spate of ostentatious displays of wealth that is now dispensed on personal political agenda where the citizenry lives in abject poverty. He demanded men that can save and heal the land from going under, adding that “righteousness exalts a nation but sin is a reproach”

Bishop Oni went further to say that we will not stop in the prayer, “Good Lord, in your mercy, Deliver us,” but also take deliberate steps in making a proper decision through the polls of 2023.

The cleric warned that if the tsunamis should catch up with us, not even the richest, swiftest, the Christians, the Moslems, or other religious affiliations shall be able to survive it. He stated that our common interest now should be to rescue Nigeria so that posterity will not judge us and prayed that the good Lord who brought us out of recession as a nation would also rescue the nation.